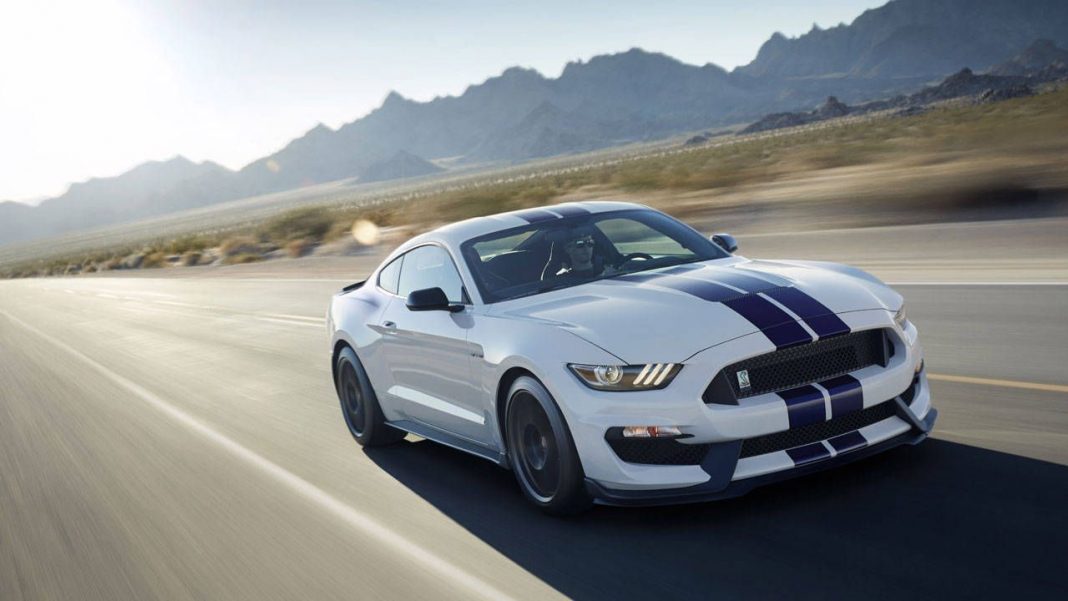 Despite the camouflage, people who have seen it immediately recognized it due to the big power bulge in this prototype’s hood. Some car spies were able to take pictures and a video of the 2016 Ford Mustang Shelby GT350 while it was parked as well as cruising around.

The name is probably confusing everyone but it was back in February that the name was reported by Mustangs Daily to be GT350.

Which is quite a familiar name to car enthusiasts since it is used on an aftermarket model which is sold by Shelby American.

Although the specifications of the 2016 Ford Mustang Shelby GT350 were not yet released, some speculations have been roaming around after some spies were able to take images of the inside of the car.

Furthermore, it was also said by the sources that it has an over-rev function that allows up to 7000 rpm for a few seconds like the current GT500 – 8 seconds to be exact if it based on the GT500.

As stated before, the most noticeable feature of the 2016 Ford Mustang Shelby GT350 prototype is the huge power bulge on the top of its hood that no matter how the engineers carefully camouflaged the tires, hood and other parts of the prototype, it is still recognizable. One feature that they were not able to hide is the exhaust system that features a quad-tip double-barrel design in a functional rear diffuser.

Which is a supercharged 5.8-liter Trinity V8. Although, the possibility that it will be a new and unreleased unit is also taken into consideration. But it is expected that it will have better horsepower and torque than the 2014 Ford Mustang Shelby GT500 which has 662 horsepower and 631lb-ft of torque.

No matter what the specifications are of the 2016 Ford Mustang Shelby GT350, it will surely not disappoint any car enthusiast based on the features seen so far. The wait is definitely exciting and it will all be worth it in the end.