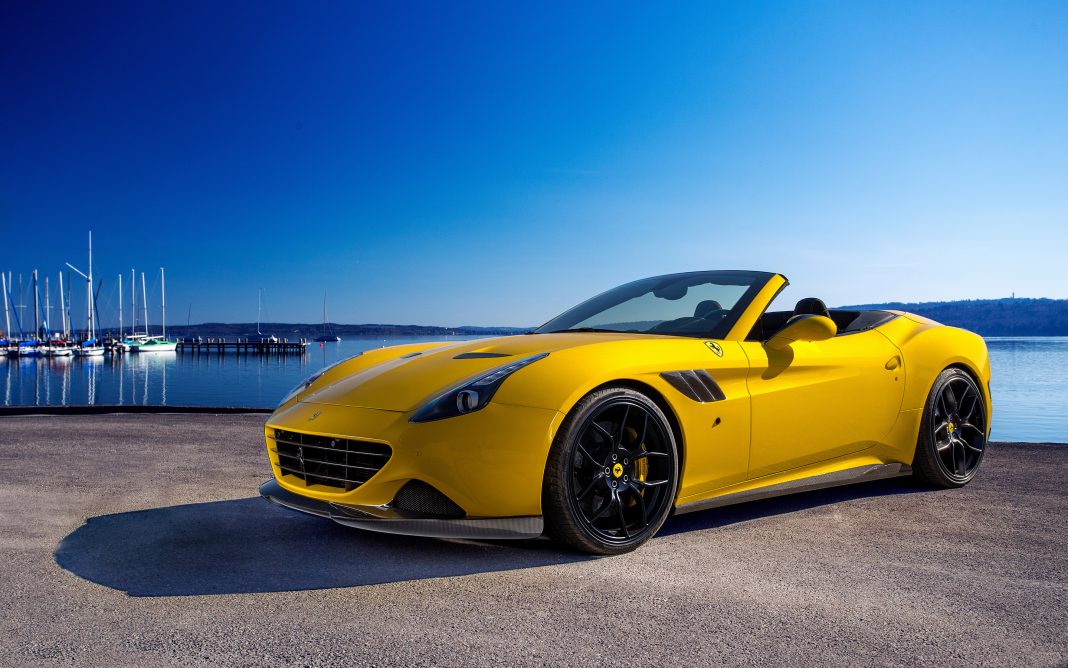 Sporty, elegant, and versatile are the words used by Ferrari to describe the 2015 Ferrari California T, on their website. Looking at the exterior and interior of this grand tourer (GT) car, it is not surprising that they described the car as such. Revealed at the Geneva motor show in March, the 2015 Ferrari California T has amazed all car enthusiasts with the innovations used to create this versatile car that is truly a luxury automobile that is capable of high speeds or long-distance driving in comfort.

For the first time since the legendary F40, a turbocharged engine has found its way beneath the hood of a Ferrari car and it is exactly the reason behind the “T” in the name of the 2015 Ferrari California T.

Here is some information to get to know this car.

Features of the 2015 Ferrari California T

As stated previously, the 2015 Ferrari California T is powered by a direct-injection 3855cc 3.9-litre V8 turbocharged engine which makes 552 hp and a torque of 557 lb-ft in 7th gear, which makes it have an increase of 69 hp and 185 lb-ft of torque over the former California car. Despite these amazing capabilities, its fuel consumption was decreased by 15% while its range was increased by 20%. According to Ferrari, the California T can accelerate from 0-62 mph in just 3.6 seconds and reach a maximum speed of 196 mph.

Turbo lag had also reduced to near-zero due to the use of the flat-plane crankshaft from the F1 single-sitter as well as innovative twin-scroll turbines and cutting overall masses and inertia.

Using the Variable Boost Management software, the torque delivery of the California T was also adjusted to increase constantly across the rev range to suit the gear engaged.

Aside from the engine, Ferrari had also upgraded the California T’s steering, suspension, and braking systems. For better performance and reduced steering wheel activity, the California T boasts of a steering box with a 10% quicker rack. It also gets 11% stiffer springs for more precise handling. For better suspension, California T uses the latest Magnaride dampers which are 50% faster allowing the driver to have precise handling and an incredibly comfortable ride.

As for the braking system, California T uses the Brembo carbon-ceramic braking system that has a new pad material that promises a higher coefficient of friction despite the conditions in which the car is used. Along with an updated version of ABS ESP 8.0 Premium, the California T can deliver short-stopping distances such as 100 to 0km/h in just 34 meters.

As for the interior of the car, it has seats with fixed headrests and new shapes and foams to let the driver and passengers drive in comfort even in long journeys.

It also has two air vents at the center of the dash which is quite compact.

The California T also boasts of a new infotainment system that is highly intuitive for easy navigation and easier access to other functionalities. The 2015 Ferrari California T is truly worthy of being under one of the most popular names in the car industry.