Hybrid Design of the AC Frua 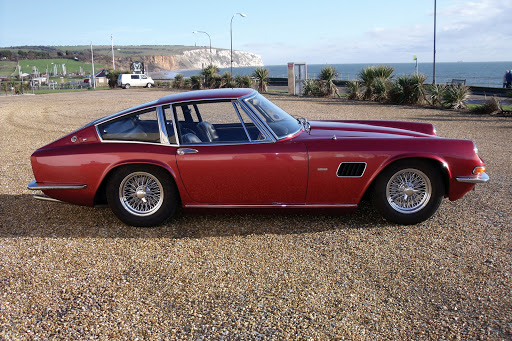 Auto Carriers Ltd later known as AC Cars Ltd is one of the oldest independent car manufacturers in Britain. Founded in the UK in 1901, they produced some of the best cars in different decades. AC Frua was one of their premier vehicles from 1965 to 1973. With an Italian GT car’s body, a British car’s chassis, and a V8 American engine this car is one of the truest hybrids. There were only a few cars like this produced. In fact, from 1965 to 1973, there were only around 81 AC Frua GT cars. This makes the Frua a rare car. Not only a top GT car of its time, but it is also a collectible among enthusiasts.

History of the AC Frua

Frua was built on the AC Cobra 427 Mark III skeleton but extended by 6 inches by the car manufacturer. The chassis was sent to Italy for fitting and then was sent back to England. One of the main problems faced by the AC Frua was that it wasn’t priced competitively for the casual car enthusiasts.

What made the AC Frua stand out, on the other hand, was its independent coil spring suspension that wasn’t present among many of its counterparts like the Iso Rivolta’s Iso Grifo. One of the primary concerns that never had an answer was the V8 engine’s heat which could be felt in the cabin compartment of the vehicle.

As for the automatic transmission version of the AC Frua, on the other hand, it runs a bit slower as it can only reach  220 kilometers per hour and can cover a 100 kilometer per hour speed at an acceleration of 5.7 seconds. All in all, this Italian GT car, is not really a bad deal after all. As for the transmission of the car, drivers can enjoy either a 4 speed or a 3-speed transmission.

In terms of fuel efficiency, for instance, the car can actually outrun the heavy and bulky Aston Martins having 15.6 miles per gallon of gas. As for the price of the AC Frua, the retail price runs a £5,573 price tag. During the end of the car’s production, AC Frua was made available in a four-door option.

The AC Frua produced from 1965 to 1973 is a collectible GT car among hardcore fans of luxury cars. If you are looking for a hybrid that gives you the best of the different engineering marvels, the AC Frua is one of the best out there.

Having a powerful 345 and 385 horsepower engine throughout its production life in less than ten years, this Italian GT car is definitely a good GT car that made its mark in the history of car manufacturing as a whole.