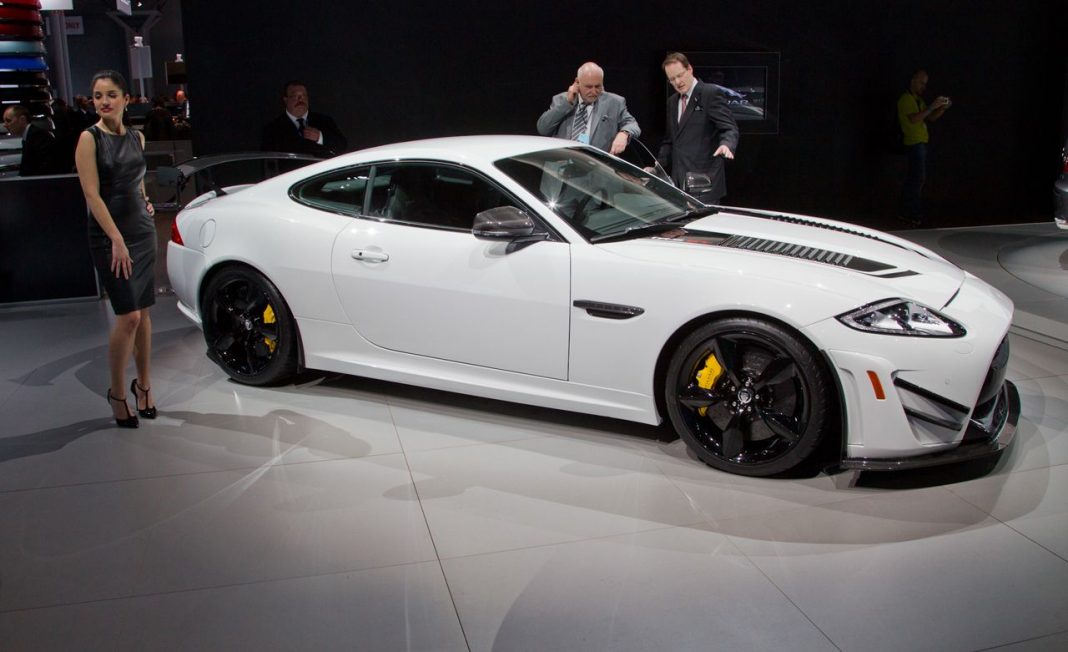 Commemorating a milestone in a company’s existence can sometimes mean a grand appearance of a GT car. In the case of the Jaguar, the Jaguar XKRS-GT is expected to get the attention of the whole automotive industry. Presented in the New York Auto Show this year, it plans to take the brand’s name back to the limelight, in Jaguar’s 90th year in the automotive industry.

According to the creators of Jaguar XKRS-GT, they are planning to release the car with a track savvy orientation, but without discriminating against the streetcar market.

The new Jaguar XKRS-GT, however, will only have a limited run. In fact, 30 units are planned to be released by Jaguar. Among the things that Jaguar enthusiasts can expect from the Jaguar XKRS-GT is an aerodynamic design in the form of lightweight carbon fiber material.

Also, downforce elements are added including a front splitter and a rear wing. According to the press release of Jaguar, they have improved the suspension and integrated high-performance brakes that will add up to the overall handling of the car.

The whole concept behind the Jaguar XKRS-GT is to have a high-class vehicle that can also offer superb performance. The Jaguar XKRS-GT combines warm charcoal and red accent to attract any high-end buyer. With an aluminum paddle shifter as well as the Jaguar XKRS-GT logo throughout the interior, it is simply a delight to be in the cockpit.

Based on the Jaguar XKRS-GT look, it is reminiscent of any race car ready to do stunning lap time records. Powered by a V8 engine, expect nothing less from Jaguar’s 90th-year masterpiece. The Jaguar XKRS-GT accelerates 0 to 100 kilometers per hour in just 3.9 seconds. For its fastest record, it can reach 186 miles per hour with ease.

However, the top speed is somewhat misleading. According to Jaguar, they are using an electronic limiter to the car to make it street legal.

Another competition to the Jaguar XKRS-GT is the Nissan GT-R. Though the Nissan GT-R track edition is already having a lukewarm reception with the critics, it’s undeniably a superb GT car.

Since the Jaguar XKRS-GT still has no price tag, it remains to be seen if it can compete well with the Nissan GT-R. If the Jaguar will be released somewhere south of the $116,000 price tag of the Nissan GT-R track edition, it has a chance to be a commercial success.

Releasing a car for the 90th year of Jaguar is a challenge. Enthusiasts will anticipate a car that outruns and outclasses other Jaguar models. The Jaguar XKRS-GT is a good choice for the car company. The Jaguar XKRS-GT gets the best of both worlds. It blends both racing excellence and street car performance.  For this car, Jaguar can easily establish a firm grip not only in the racing circuits but also for street car enthusiasts.