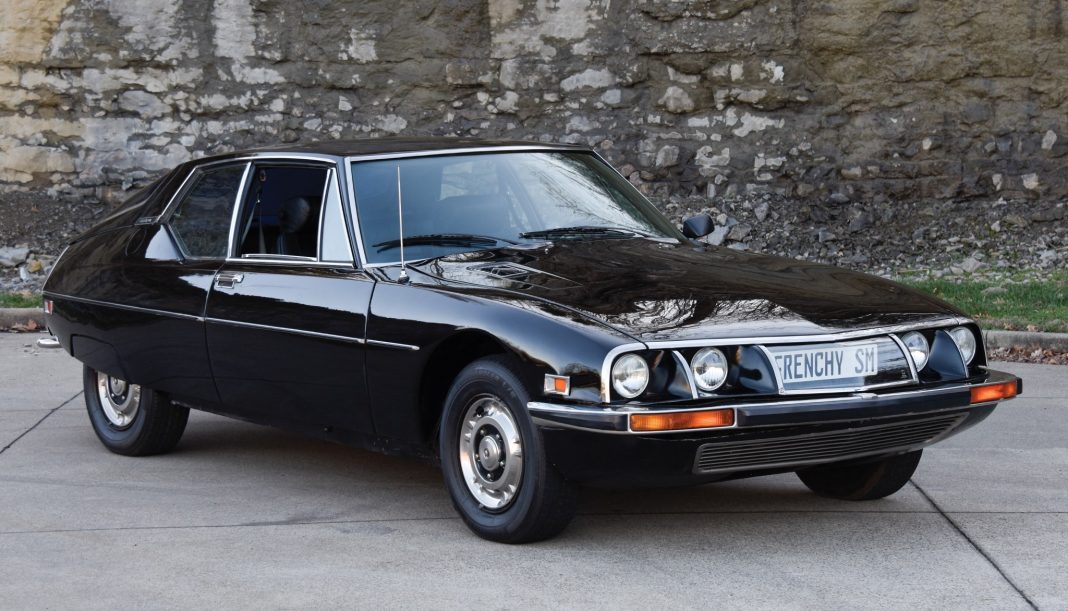 The 1972 Motor Trend Car of the Year, Citroen SM is a high-performance vehicle that came from the French car manufacturing company Citroen from 1970 to 1975. The history of the Citroen SM can be traced from the Citroen DS. Citroen DS is the leading automobile that experienced success for two decades. With a futuristic design and an aerodynamic shape, the Citroen DS needed replacement by the 1960s. There are basically two intentions as to why Citroen invested a lot of money on the Citroen SM. One, they plan to modernize the Citroen DS.

By 1970, the Citroen SM was unveiled in the annual Geneva Motor Show. That same year, it was already sold in France by September. The first Citroen SM GT cars were all left-hand drive vehicles. There are different conversions done in Australia, Uk, and Canada.

The origin of the name wasn’t really clear. Speculations have it that the S on SM is termed sports which was the goal when Citroen decided to do the research on replacing the Citroen DS. M perhaps was Maserati. Other fans said that the SM stood for Serie Maserati and even Sa Majeste (her majesty).

Sa Majeste makes a lot of sense as it would align with the nickname of the Citroen DS as The Goddess. The purpose of the Citroen SM is clear that Citroen wanted to compete against the top GT cars in the market during its time like Jaguar, Aston Martin, and Alfa Romeo to name a few. Citroen SM instantly became the flagship of the car manufacturing company featuring a performance vehicle that could accommodate a front-wheel-drive design.

In terms of control, the Citroen SM offered something that would stand as a trend among the next generation of cars. It allowed variable-assist power steering that can accommodate a driver when parking the vehicle. The design was made to assist the car at different speeds. The power steering was hydraulically locked.

The design of the Citroen SM bears a resemblance with the former flagship car of Citroen as it was designed by the in-house chief designer of Citroen, Robert Opron. For the changes, however, the Citroen SM carries a teardrop shape that would narrow by the rear.

For its era, the Citroen is advanced as it is one of the few aerodynamically designed cars out there. To sum the design made for the GT car, it was modernist, and the Citroen SM is one of the cars that stood out.

The French-made vehicle was meant to compete against the best. In terms of the car’s performance, it has the capacity to reach a speed of 220 kilometers per hour and some independent tests claimed that it reached 235 kilometers per hour. The car was a symbol of technological advancement, and it is a symbol of optimism among the many car manufacturers that there is room for improvement on the later models. In 2005, SM was mentioned as one of part of the 100 coolest cars by Automobile Magazine.