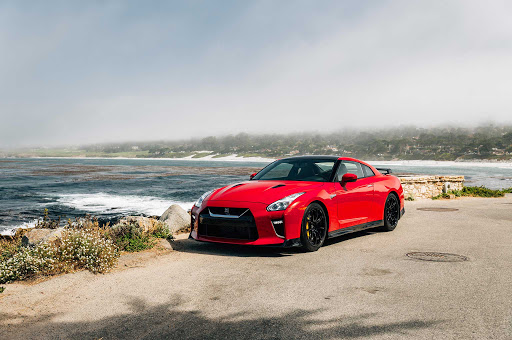 Nissan not only focuses on their road-savvy cars but also on the ones that will grace the race track. Between race track cars and road cars, there should be a large margin of difference in favor of race cars. Whether it is in the design or in the power of the engine, there should always be an expected improvement on the race car version. But is this the case with the Nissan GT-R? The Nissan GT-R debuted in 2008, in the US and Canada. After its successful world debut in 2009, there were already three variants made for the Nissan GT-R.

Introduced with a number of engine and suspension tweaks, the Nissan GT-R is expected to be a more expensive than the past models. The fact that there are no changes in the output of the Nissan GT-R engine, expect this car to just perform at par with past GT-R models.

The price of the 2014 Nissan GT-R runs around $116,000. That means that the track edition is $16,000 more expensive than the GT-R black edition. If you want to be one of the first guys to hold the Nissan GT-R track edition, you need to hurry since there will only be 150 samples sent to North America for sample purposes.

Is it Worth it?

A lot of GT car enthusiasts are now practical. Given the incremental increase in the Nissan GT-R over the years, it is not surprising that there is a price hike for the Nissan GT-R Track Edition. The problem, however, is that it was way too much. Given the small adjustments made by the company to the new Nissan GT-R, the $16,000 price hike may affect the sales of the GT car in the next years to come.

What can you expect?

The Nissan GT-R designers decided to remove the rear seats in the new model. This can alienate the past market of the Nissan GT-R. If you are expecting a Nissan GT-R that can accommodate the rest of your family, then this will not happen.

Fortunately, Nissan GT-R engineers decided to improve the overall performance of the vehicle by adding front spoiler together with carbon fiber air ducts. This reduces the overall weight of the car while still maximizing the downforce. Though the Nissan GT-R Track Edition is going to be reminiscent of the Black edition, it is just not the same in terms of body design.

The biggest let down in the Nissan GT-R Track Edition is the 545 horsepower engine. From a GT-R with a 545 horsepower engine that only costs around $100,000, the new version turned out to be more expensive despite having the same power as the previous model. If you are planning for the best bang for your buck, this car isn’t the best thing that you can spend your money on.

The success of cars depends on follow-up variants. In the case of the Nissan GT-R, prepare to be disappointed. Not only is it more expensive than the usual Nissan GT-R, you can also expect only a small number of changes that are far from the additional  $16,000 price tag that the company wants to project.