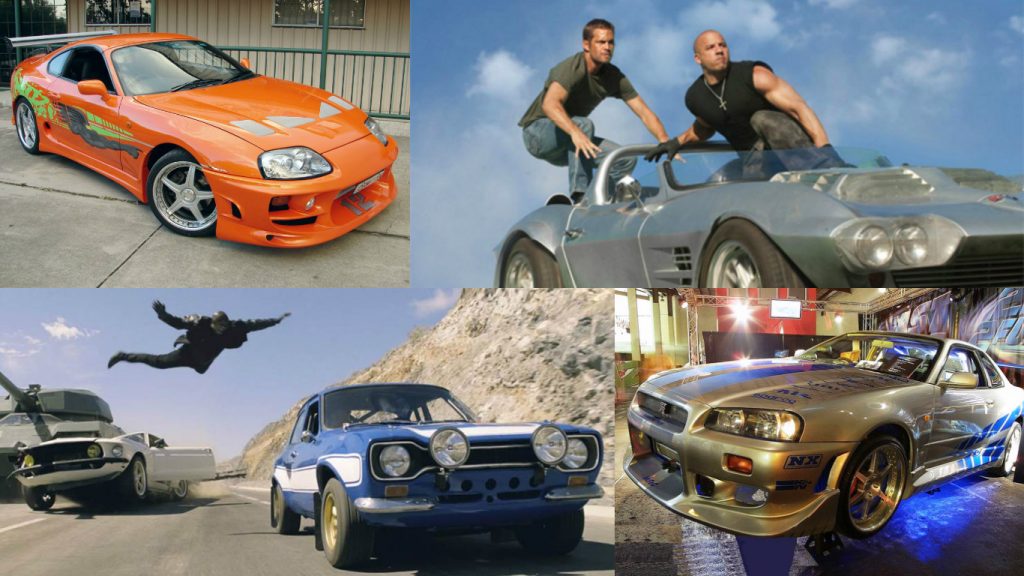 GT cars cost a lot of money. Most people cannot afford a $500,000 supercar in their whole life. This is probably one of the most common reasons why people salivate to watch GT cars in Hollywood films. The big screen is one of the best platforms to elevate a GT car’s status. GT cars have awed car enthusiasts worldwide. With stunning performance and top-notch aesthetics, these machines are meant for the movies.

Here is a countdown of the movies that featured some of the best GT cars of its generation.

1. Fast and the Furious Series

Fast and the Furious is one of the best movies that are specially produced for car enthusiasts. From the streets to Rio, the Fast and the Furious has gone unexpectedly far from its beginnings. Despite several changes in the plots and the aging Vin Diesel, you can expect one thing to be the same. You can expect top-notch GT cars to be present in every movie.

There are already lots of GT cars featured in this 5 installment movie. For instance, you have the Ford GT. A mid-engined two-seater car in 2006 made its appearance in 2009 Fast and the Furious installment.

The success of this movie showed how there is a target market for individuals passionate about GT cars. Most of them really don’t mind whether it’s a crappy plot as long as they see GT cars everywhere.

Aside from the martial arts antics, smooth disposition, and fancy gadgets, there is always one thing constant in every Bond film. Agent 007 will never be James Bond without the beautiful cars. In Die Another Day, for instance, the James Bond Film featured not only one but two GT cars. The Bond car featured in the 2002 film was the Aston Martin Vanquish. This GT car elevated its reputation, as the always smooth 007 drove the Vanquish against the Jaguar XKR. Whether it is a Mercedes or an Aston Martin, you just can not let James Bond drive cars that are weak in performance. We never saw James Bond drive a sedan or a family van.

Gone in 60 seconds was originally made in the 1970s. Most movie goers who saw the 2000 remake featuring Nicholas Cage and the beautiful Angelina Jolie were satisfied not by the performance by the number of GT cars. They justified the original movie concept as they stole 50 gorgeous GT cars to save a master thief’s younger brother in less than 72 hours.

Gone in 60 Seconds have featured GT cars like the Aston Martin DB7, Bentley Continental, Dodge Viper Coupe GTS among many others. These cars in the movie had their own nickname from Stacey to Denise to Mary.

Of course, not one will forget the musical singing and the dancing but let us not forget that this film also featured some of the hottest GT cars of the era. The 1948 Ford Convertible for instance or the 1949 Dodge Wayfarer Convertible.

5. Back To The Future Series

If there is anything that Back to the Future taught us, it is all about the importance of technology on cars. Who wouldn’t want to time travel using a Delorean DMC 12? This 80s movie is an instant hit among moviegoers because of its comedy, interesting plot, and Marty McFly’s awesome car. Now, who wants to be Marty McFly?