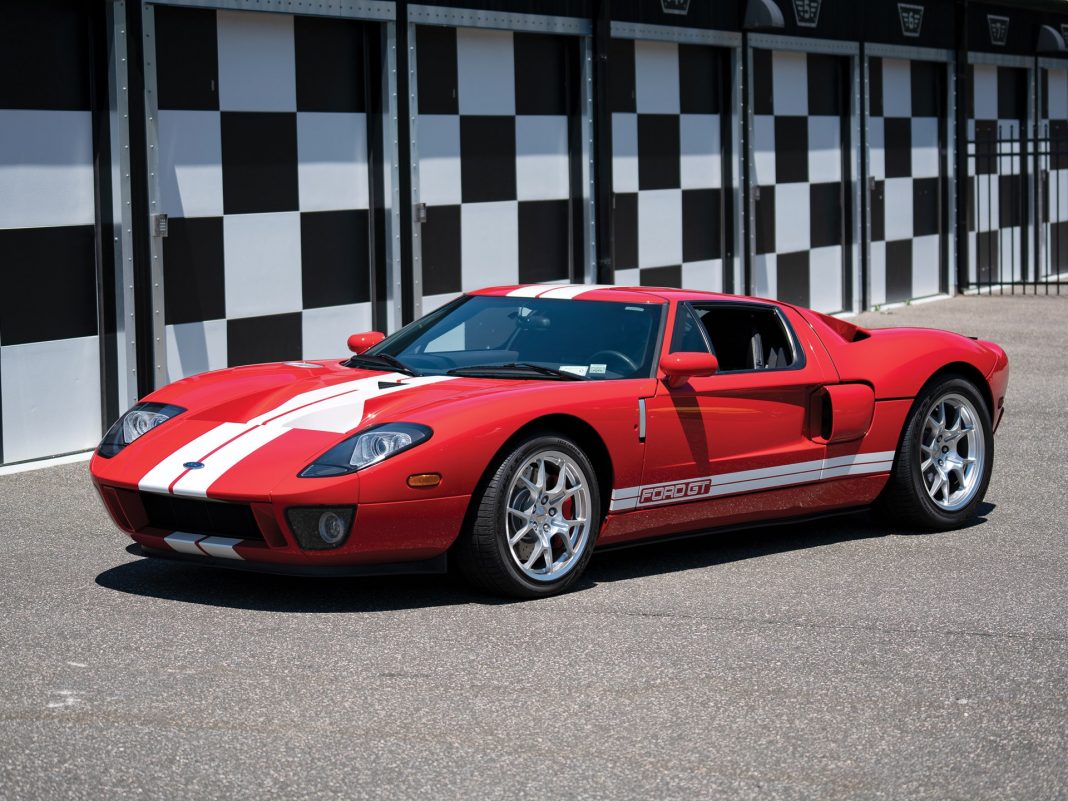 Most people love a functional and fast-paced car, and the 2005 Ford GT features deliver just that. This breathtaking car has been said to be one of the most inspiring and famous models from Ford Auto Manufacturers. It is an amazing road on the performer and comes in limited stocks due to its superior features.

Therefore, one will have to part with a pricy purchase fee to be the owner of this stunning car. Despite the fact that it was introduced to the market in the year 2005, this car is still a high rate performer and offers stiff completion to some of the most famous legendary carmakers.

The 2005 Ford GT is one of the most feature-rich car models. It has managed to complete in the Le Mans race and clinched the first three positions for four consecutive years.

The design used in this car is enough to make every car lover want to possess it.

This version can be said to be an improvement to the Ford GT 40. This is because it has a similar appearance, but with better features than the Ford GT 40. So, what exactly makes Ford 2005 GT so special? Let us have a look at this car’s features.

During its design, the engineering team wanted to increase the passenger room by trying to raise the height of the roof. In a bid to maintain the low profile design of this car, the team ended up raising the roof 17 millimeters above their original plan. This in turn caused the designer to go back to the drawing-room and rescale the entire profile to maintain the original design proportions.

In an attempt to create a smooth flow in the 2005 Ford GT, the designer used flush-mounted windows. This greatly complemented the car’s sleek structural design.

The work that went into the placement of the cantilevered doors was complex and quite challenging. This is because the size and the shape of the exterior panels made it difficult to use the traditional form of stamping that is usually used during the process of carving car doors. Due to this fact, the engineering team had to shape the doors by using superplastic forming.

The processes involved the use of air pressure to force the heated aluminum panels into a one-sided die. The good thing about this is that it eventually led to the interesting and smooth curves that form the exterior of the 2005 Ford GT.

During the traditional form of interior design, the passenger cabin is usually isolated from the engine of the car. The 2005 Ford GT; however, breaks that rule and has the supercharger inches from where the ear of the passenger will be.

The center-mounted fuel tank is found on a brushed magnesium tunnel in the interior of the car. One of the most interesting parts of the interior is the intricate lines of the door panels that are made of Adel SuperLite Composite. This material protects the interior of the car from rapid tearing that comes with continuous usage. The seats of the car consist of deep buckets featuring carbon fiber shells and leather surfaces.

A lot can be said about this car. However, you would have to experience the superior Ford 2005 GT Features yourself in order to appreciate this work of art in the form of a  vehicle.

The 2015 Hyundai Genesis: A Change You’ve Been Waiting For