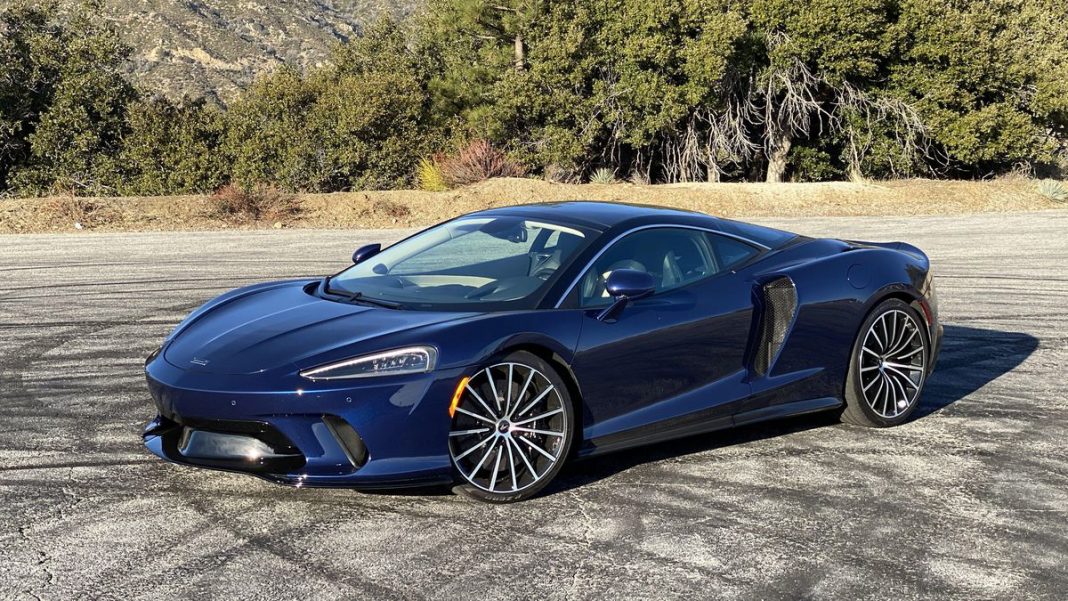 Some of the finest mid-engine sports cars are from McLaren Automotive. But, despite years of being well-known in the automotive industry and manufacturing supercars, it is only 2019 when the company had its first-ever dedicated Grand Tourer – The McLaren GT.

Upon its debut in 2019, many have since looked into the model. It generally receives favorable ratings and reviews from various enthusiasts and experts. But, just like nearly all cars on the market, it has its ups and downs, as well.

Even so, the McLaren GT has been deemed to be the “we gotta have a GT” GT because of many factors. This avenue may help point out the basis of the conclusion.

The 2020 McLaren GT is said to be the car that the market is looking and asking for, according to enthusiasts. As noted, it is a model to fill a hole in the brand’s line-up, specifically in the aspect of “grand touring.”

Officials from the label were keen to emphasize this during the launch of the model. But, apart from the provision of the characteristics of a GT, it reportedly comes in a much sharper package in comparison to rival models.

The first-ever dedicated grand tourer of McLaren, however, lacks some of the most convenient features of GT. But, even so, Team McLaren seemingly believes that these traits are what makes it stand out from the rest.

Why You “Gotta Have” It

So, what makes the 2020 McLaren GT a grand tourer that you have to have? To explain the basis of the conclusion, these are the specifications of the model, as well as what most enthusiasts and experts have to say about them.

In comparison to the predecessor variants, the engine has smaller turbochargers, which deliver much lower peak performance. Despite this, though, it has greater low RPM performance and responsiveness.

Meanwhile, with many similarities to the 720S, the suspension system of the GT is also a derivation of its predecessor variant from the Super Series.

Given that it is a product of McLaren, you can expect swift acceleration from the GT model. As one of its strengths, the label even claims that it sprints from 0 to 60 mph in 3.1 seconds and 0 to 124 mph in 9 seconds.

From enthusiasts’ and experts’ assertions, the quality of the ride from the 2020 McLaren GT is “comfortable enough,” making it an appealing option for anyone’s daily drive. Moreover, it offers its drivers a selection of “driving modes,” allowing the customization according to the user’s desires.

As for the body style and doors, this model is a 2-door coupé. Users and owners may access it via dihedral doors, which is an unusual feature of Grand Tourers.

When it comes to passenger capacity, the McLaren GT is said to be at a disadvantage. This is because most GT models can accommodate and seat four or more individuals. Meanwhile, this series can only seat two passengers.

It is worth noting, as well, that the rear cargo area gets hot even after just one drive. This is due to the placement of the engine. Accordingly, many consider this as a downside of the model.

As for the interiors, the McLaren GT boasts Nappa leather as its standard upholstery. Sources noted, though, that owners may still choose this aspect with a softer hide from the Bridge of Weir in Scotland or cashmere.

The seats also provide comfort with their increased shoulder padding and back support. They have electrical adjustment and heating features, as well, which are standard on Luxe and Pioneer models. But, in comparison to other models in the GT line, the McLaren GT does not offer massaging functions, as well as ventilated front seats.

Drivers may also choose to have the optional panoramic glass roof. This lets natural light into the cabin.

Another feature that this glass roof has is its electrochromatic function. With this, it can switch from opaque to varying levels of transparency with one touch on the dedicated button.

The 2020 McLaren GT, unfortunately, does not have additional driver-assistance features, which are quite common in many luxury cars. It does not feature blind-spot monitoring, forward-collision mitigation, and adaptive cruise control.

It does, however, have a standard backup camera. Many enthusiasts note that this is the key safety feature of the model.

In addition to this, the first dedicated GT model of McLaren has not reportedly received an overall crash-test rating from officials in the field. These include the Insurance Institute for Highway Safety and National Highway Traffic Safety Administration.

Highs and Lows of the Model

The 2020 McLaren GT has its strengths and weaknesses. In terms of its high points, this model has a decisive acceleration, comfortable ride and handling, as well as a spacious cargo in some aspects.

On the other hand, this first-ever dedicated grand tourer from McLaren features fewer luxury amenities than the same model series from other brands. Also, it lacks some features that are standard for safety, and assistive to the drivers.

Above all, the rear cargo gets hot because of the engine placement. So, placing a laptop in this area in one drive may cause issues and pose safety risks.

Should You Own One

The 2020 McLaren GT comes with a lot of praises and commendations from experts and enthusiasts. It is a McLaren, after all, and consumers can expect great things from its engines and other specifications.

But, in its first-ever dedicated GT, many believe that it is a “compromise of sorts,” especially from a dynamic standpoint. Nevertheless, it is a more civilized McLaren that offers comfortable driving and engaging performance.