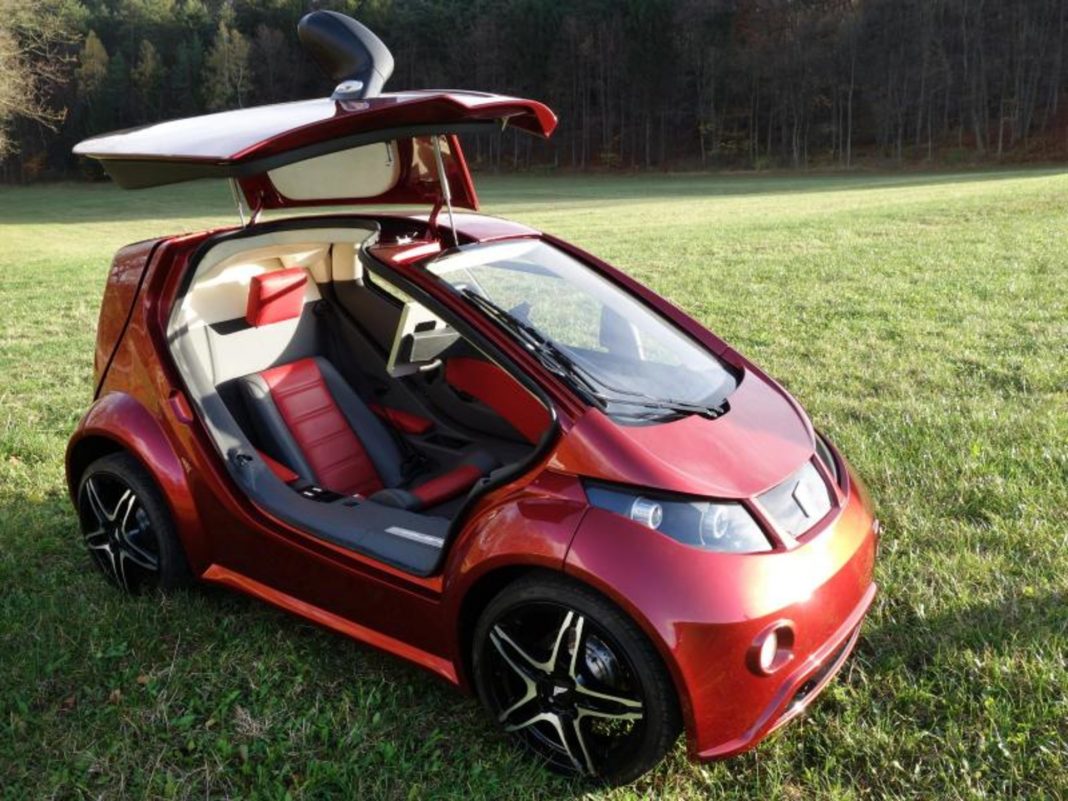 Ever since automobiles revolutionized the way we travel, the innovations continued. Nowadays, we are faced with challenges in the environment that may require drastic changes. For GT cars, for instance, more and more countries are applying a standard carbon dioxide emission for every vehicle. This means that old petrol-engined vehicles will no longer meet this standard. One of the vehicles that set the bar for environmentally-friendly vehicles is the IMA- Colibri. The IMA- Colibri is a one-person vehicle powered by electricity.

Concept of the Vehicle

So why did the makers of IMA- Colibri made it a single person vehicle? According to worldwide statistics, most people use their own vehicles. This mode of transportation means that there is a high probability of having a 1:1 ratio for cars and for its users.

The IMA- Colibri meets this trend. Though there are faster and more detailed GT cars that run on electricity, this car is a more feasible vehicle for the future of the automotive industry. Since not all people can spend a quarter of a million dollars on environmentally friendly cars, this can be an economic alternative to motorists.  Another thing that made the IMA- Colibri such a great concept car is because of its lightweight design. This means that the IMA- Colibri engine will not have a hard time to propel the vehicle.

The funding for the IMA- Colibri comes from a German company. It was also supported by the Ministry of Education and Research. The 2012 prototype was presented in the 2013 International Motor show in Geneva. The expected start of production is in 2014 and whether or not the car turns out a commercial success remains to be seen.

With a 32 horsepower engine, no one will actually expect much from this vehicle to run fast. Keep in mind that among the main problems with the electric vehicles is that they do not have the convenience offered by petrol. This means that it takes a longer time to charge than to use the vehicle itself.

This is also the reason why a lot of car manufacturers tried to get the best of both worlds instead of utilizing hybrid cars.

Why This is a Revolutionary Product

Though it is not a GT car, a lot of GT car manufacturers can learn a thing or two with the Colibri. IMA- Colibri is expected to be sold by 2015 for less than €10,000. Now, that is a good deal for the European market. If you will look at the economy in Europe, a lot of people still do not have the stability that they once enjoyed.

Thanks to the IMA- Colibri, it is now possible to have a car that will not make their wallet thinner. This three-door car provides efficient cargo space as well as easy to maneuver handling that it has a great potential to become a commercial success.

Have you seen the mini coopers? Over the years, the European market preferred the mini coopers over SUVs and powerful cars. In terms of volumes, there are a lot of average earning individuals with such a tendency to stick with smaller vehicles. According to the manufacturer, the IMA- Colibri is expected to have a short charging battery that can last for eight years. Now that’s 220,000 kilometers worth. Since it reaches a 120 kilometer per hour limit, the average individual will find the Colibri a smart investment.