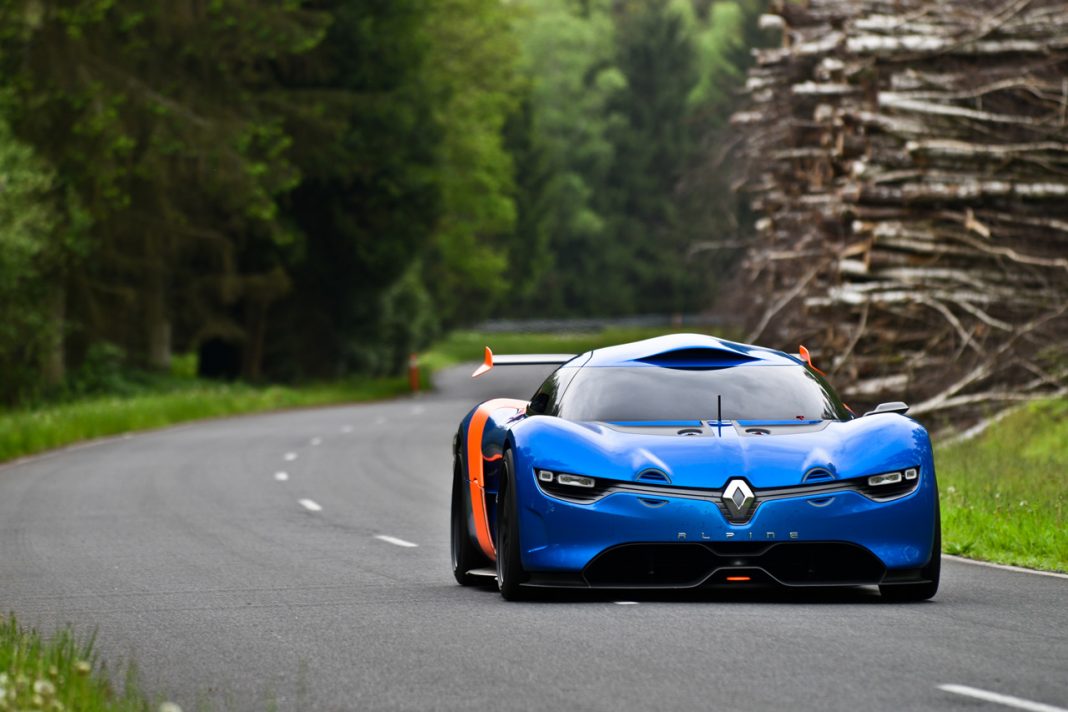 Renault has been in the business for several years. Over the past decades, they accomplished a lot of things in the automotive industry. They managed to join Formula One, and produce cars that are equally stunning to the high-end brands in the market. To mark the 50th anniversary of Renault A110s, they presented the Alpine 110-50 in Monaco Grand Prix 2012.

From the sound of the engine to the impression that it leaves, you can guarantee that the Alpine 110-50 concept car can produce wonders. Most concept cars are unfinished versions of future models. This simply means that people will see more of the Alpine 110-50.

Renault released a photo of the Alpine 110-50 concept running around the Monaco GP circuit. With a 400 horsepower V6 engine, it complements everything that makes a car competitive.

Running without silencers, it is pretty much intimidating. Based on the trophy car, Renault Megane, it can easily perform or even outperform its predecessor. The method of releasing a concept car opted by Renault last year is definitely better than simply going to your motor show. It was an actual performance in the race track that made people wonder how it will be in its final form.

Aside from having a 50th-year commemoration of the Alpine, the Renault Alpine 110-50 is the company’s shot to creating a legitimate sports car that can finally compete with the European market.

According to the company’s boss, if they don’t do the Alpine 110-50 now, it would have been never. This is the reason why they timed the car perfectly.

Though a V6 engine and 400 horsepower seem a great idea, it takes more than just an engine to prove your dominance in the world of the auto industry. In fact, today, the Alpine 110-50 draft took a lot of brainstorming before it ended up as a concept car.  Aerodynamics, the cost, and the overall appeal are some of the things that Renault considered.

The half domed lamps and the creative 3d rear window that provides a glimpse of the rear-engine, these are some of the things that make the Renault Alpine 110-50 an instant head-turner.

For the bodywork of the Alpine 110-50, it has an ultra-light construction that makes it easy for the rear engine to propel the car. Lastly, looking at the cockpit of the Alpine 110-50, you can easily notice the Berlinette inspiration with this car. A cockpit that is all about functionality, it has an uncluttered dashboard and all the safety equipment that can secure the driver.

Applying only the best sports technology around today, the Alpine 110-50 is a wonderful car. Seeing the car rev up the Monaco Grand Prix is a big statement for the company. It is a sign of not only confidence in their engineering but also a sign that they are willing to do what it takes to dominate the racing scene with a top of the line Alpine. Anyone in the car industry is aware that 50 is a big number. For Renault, they are planning to make it big with the Alpine 110-50.