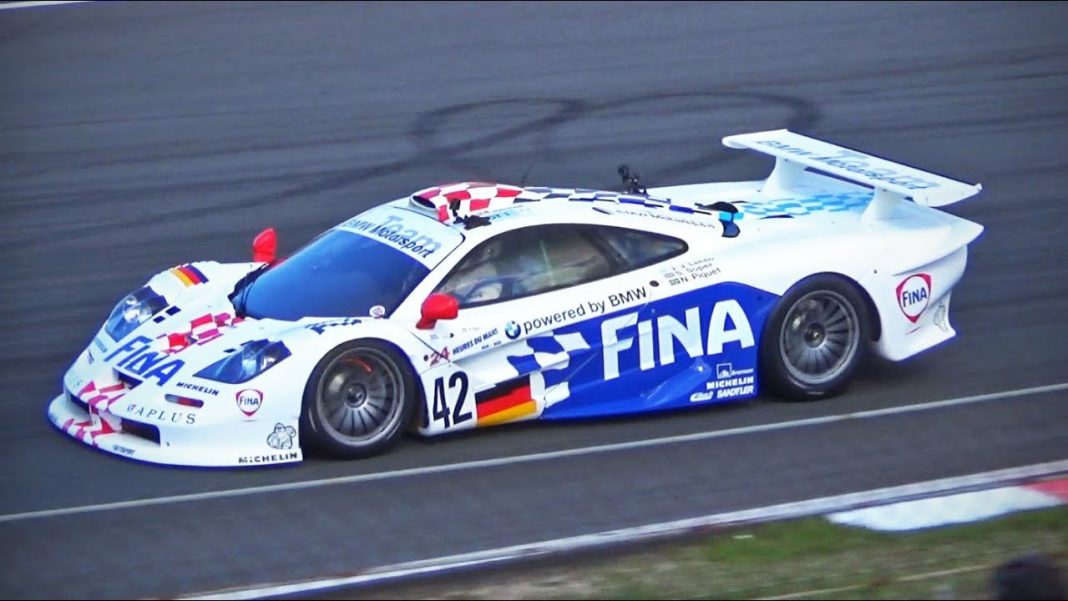 The original vision of creator Gordon Murray is to create a vehicle that will become the ultimate road car. In the end, the BMW McLaren F1 turned out to become a race car as the emergence of the Ferrari F40 and Venturi 600LM came to the racing scene. Those who believed in the Gordon Murray creation pleaded with the designer to have a racing version for the ultimate road car he had in mind.  To become competitive on the race track, several BMW McLaren F1 GTR chassis were made.

The number 019 chassis was used for prototypes and for several tests. Transitioning the McLaren F1 road car to the BMW McLaren F1 GTR is not really difficult mainly because of the racing elements present in its design.

There are few modifications made though. For instance, you will notice that the body of the racing version makes use of cooling ducts by the center of the nose. Also, to provide better handling, the downforce was adjusted by placing a wing at the back of the BMW McLaren F1 GTR. And lastly, the luxurious look on the road car was transformed to only necessary parts.

The BMW McLaren F1 GTR competed against the toughest cars of its decade. From the Porsche 911 to the Ferrari F50 GT, these are some of the things that proved to be a challenge for the manufacturer.

The 1996 GT car was even adjusted to the point where the gearbox became lighter. Gearbox for the 1996 BMW McLaren F1 GTR was transformed into magnesium allowing the car to be lighter. Due to the adjustments, the manufacturer cut a significant amount of weight on the GT car by as much as 38 kilograms.

The numerous racing chassis made for the BMW McLaren F1 GTR was used for different racing purposes due to its success.

When the CLK GTR was presented by Mercedes Benz for racing circuits, BMW was forced to take another step to change the bodywork of the BMW McLaren F1 GTR. The changes were geared towards accommodating downforce and weight reduction.

Observing the 96 and the 97 versions, the 91 version will prove to have a shorter ground clearance to accommodate better traction when running at high speed. As for the engine, BMW insisted on bringing down the stroke of the vehicle in order to prolong the performance of the car.

The BMW McLaren F1 GTR is one of the top racing cars of the late 1990s. In 1997, the BMW McLaren F1 GTR performed its record speed in Le Mans. Over the years, the McLaren F1 GT managed to awe the industry showcasing the importance of technology in racing. The car reached 317 kilometers per hour, only slightly slower than the Porsche 911 GT1 Evo and Porsche Joest.