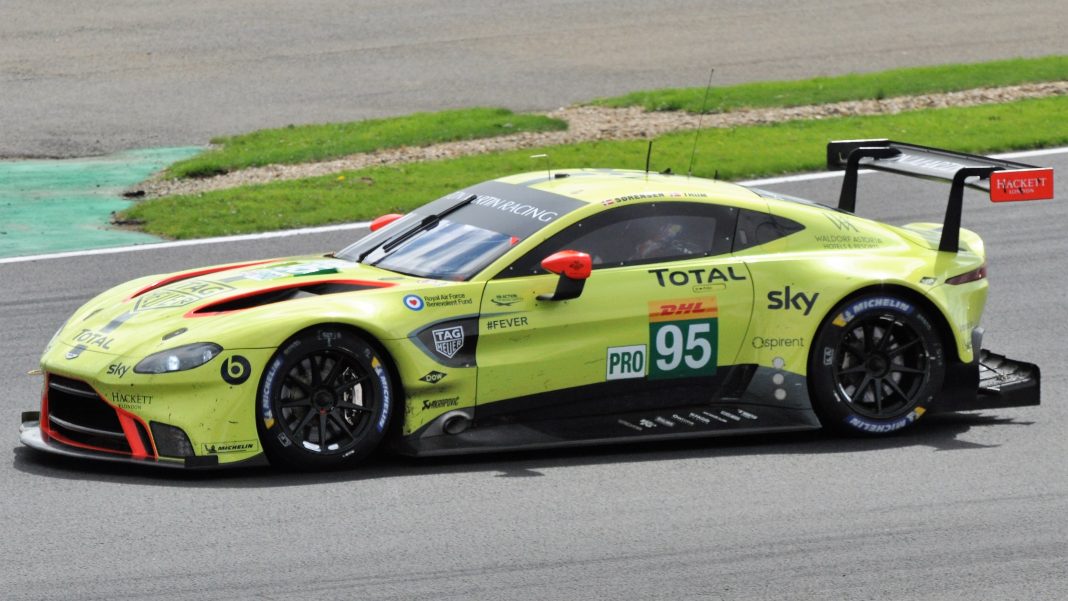 Aston Martin GT cars are racing cars that were built by Aston for racing purposes. This car has been actively involved in racing as a sports car. The car is referred to as DBR9 which is a name that was derived from the 24 hours of Lemans DBRI car. It was named after David Brown. The car has also has won a number of races. The DBR9 has a chassis engine block and comes with cylinder heads V12 engine.

This car has a flat bottom that stabilizes its car.  It has a fiber wing added to it to maximize the downforce.  The car moves at 0-60 mph in the first 3.4 seconds.  For the purpose of competing effectively in 2007 24 hours of Le Mans, the DBR9 design was modified to improve its performance. The cockpit was also enhanced to improve the comfort of the driver.

Prodrive further improved the roof by putting there a heat-resistant roof on all its new cars aimed at improving and keeping the temperatures in the cockpit down. Further modification has been made such as the removal of the two cooling vents from the bonnet because they are no longer deemed necessary.

This classic car has a long racing history and has won a number of races including Sebring 12 Hours for the LMGT category in 2005. The car came third in the Le Mans 24 Hour behind Corvette the loss that was attributed to fuel problems. In the successive Sebring, DBR9 performed dismally and was not able to repeat its success.

It is worth noting that despite the fact that the car was unable to win Sebring in the Le Mans Series, it posted very good results in the rest of Le Man’s series in the United States of America. It registered victory at Lime Rock Park, Mosport, Laguna Seca, Petit Le Mans, Miller Motorsports Park as well as Lime Rock Park.  In 2006, Alms season, Aston martin emerged second in the GT1 championship a victory that earned the factory team an entry into the 200724 hours of Le Mans. In 2006 Fiat GT, DBR9 came into the competition as the favorite but only won at Mugello and Dubai.