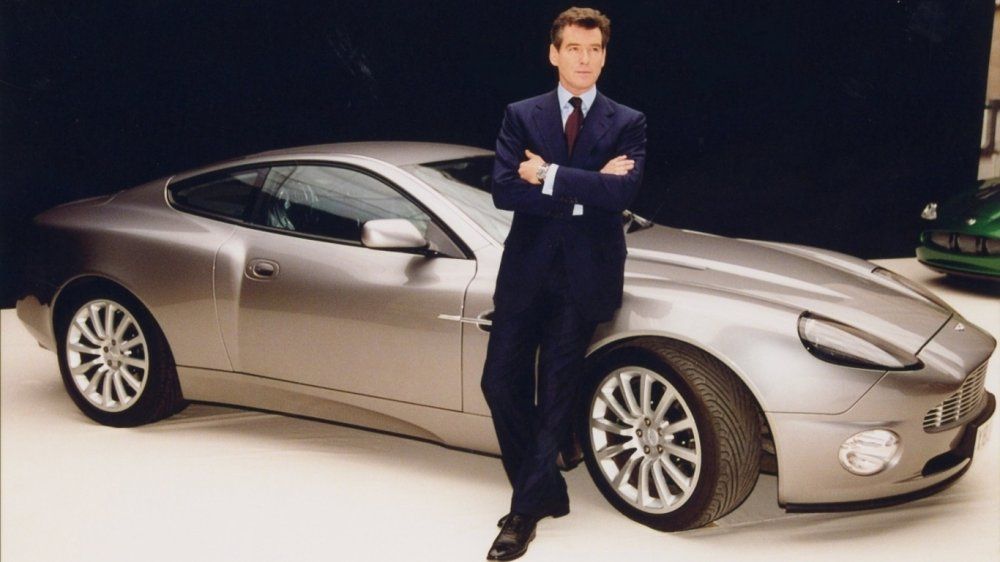 Popular for its appearance in Die Another Day, this GT car, is worthy of being picked as the 2004 Bond car. Aston Martin’s Vanquish was announced as one of the Best Film Cars Ever just a few spots shy from Mini Coopers used in the Italian Job.

The Vanquish GT cars were introduced in the world of car manufacturing during 2001 in the Geneva Motor Show. Designed by Ian Callum, the Vanquish has looked familiar to the 1990s GT cars produced by Aston Martin, the Vanguard. The difference is that it made use of top of a line V12 engine not to mention a strong but lightweight construction from durable carbon fiber and aluminum materials.

Specifications of the Aston Martin Vanquish

According to the specification of the Aston Martin Vanquish, it carries a powerful torque of 440 lbs per foot. With six-speed electro-hydraulic transmission that can impress any of the GT car enthusiasts, it is a car that is easy to handle as it goes hand in hand with class and drivability.

The standard Vanquish model GT cars make use of 14-inch disc brakes that run on electronic brake distribution. This allows users to be safe.

Progression of the Vanquish

Vanquish much like any of the GT cars in the market was a product of different concept cars. Zagato and Bertone, two of the top-of-the-line Italian companies for GT cars have helped influence the current Vanquish. These consultancy firms paved the way for the Bond car that people knew in the media.

Vanquish S was the 2004 model of Aston Martin’s line of bond GT cars. It made its debut in the Paris auto show. In contrast to the 2001 model, it has more power and a slight difference when it comes to style.

Since Aston Martin stopped the production of these GT cars in 2007, the high-end car company tried to outdo the success of the former Vanquish models in the early and late 2000s. With Project AM310, they have catered to a powerful design that can cater both to those enthusiasts of GT cars who want performance and style.

The new 2012 design will still enjoy a powerful engine. Much like the other models of Aston Martins, the next generation of Vanquish models will have the engine mounted from the middle to front, and it would provide power through the rear wheels.

With the popularity of Aston Martin Vanquish models, it has been associated with prestige. In January 2013, marking the 100th year celebration of Aston Martin, Vanquish was placed on top of the Burj Al Arab in Dubai, UAE.