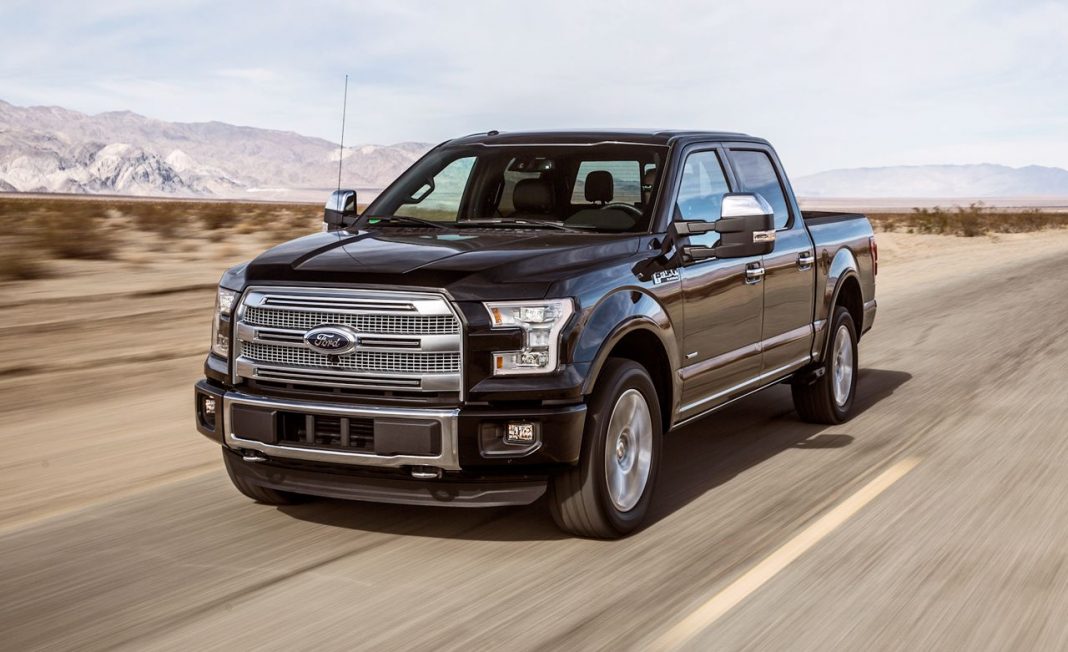 Are you a fan of pickups? If so, I’m sure you will be interested to know that Ford has a new pickup to offer and this is a revised pickup, the 2015 Ford F-150. Surprised? Don’t be, despite the efforts of Ford to hide this most awaited pickup, there are still spy pictures surfacing that will help us determine what to expect from this upcoming model.

Many have claimed that the spy photos of this 2015 Ford F-150 are closely similar or almost based on the look of Ford’s Atlas Concept.

So what should you expect from the 2nd generation of Ford F-150? According to some reliable sources, you can expect to see a carryover type of pickup with a 5.0 litre V8 engine. This pickup is also said to be turbocharged which is very economical to use and that’s all because of its construction which is considered to be made of lightweight aluminum.

The debut of this 2nd generation Ford F-150 is set to be launched this coming January 2014. There is much speculation on what the look would be; the engine, the interior, and as well as its exterior design. One thing is for sure though; few Ford enthusiasts closely affiliate the spy photos as similar to Atlas.

According to some Ford fanatics, the recent preview of the Atlas is just a peek preview of what to expect from the 2nd generation F-150.

The basis for this is the almost similar headlights of the two concepts; block-shaped headlights. The only difference would be the lighting condition where are Atlas uses LED illumination while the 2nd generation F-150 may be using a projector beam or incandescent lighting.

If we based it on what the experts feel, the 2015 F-150 will most likely come with tons of configurations and when it comes to its engine, it may be possible that Ford will use either turbocharged four-cylinder engine or maybe a turbo diesel.

Because the 2015 F-150 is a super-secret concept, there are people stating different opinions about the upcoming car.

For some, they feel that it would be an ugly model while others felt that it’s going to be far superior to the rest.

There are even some who believed this 2nd generation is going to be really attractive, brutal, and super duty. So hold your horses and let’s wait for the launching of this concept in January 2014 and see if your opinion is indeed correct.