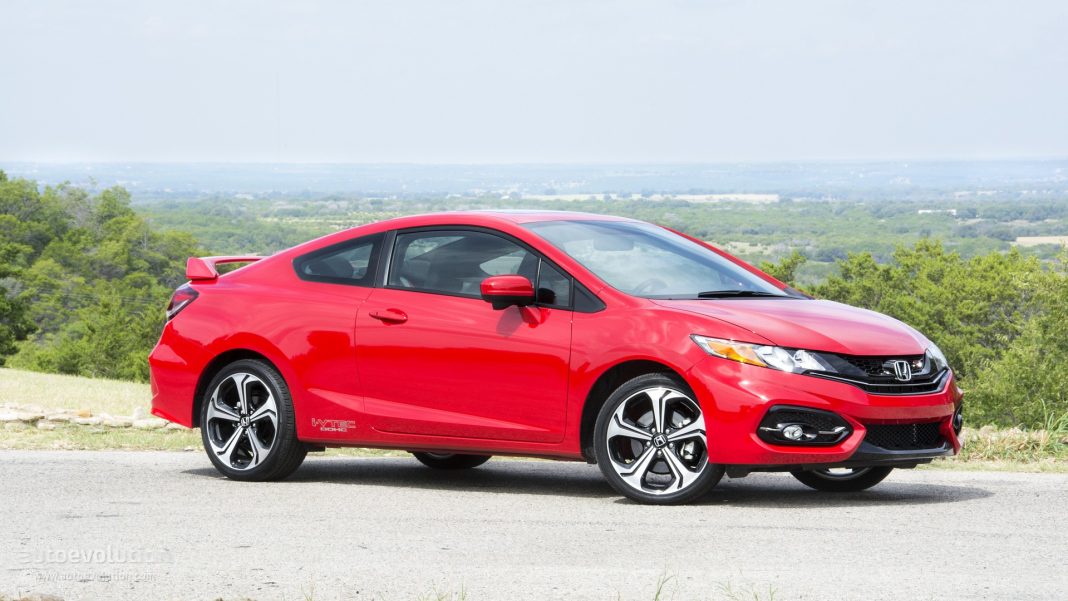 One of the things that made the Asian cars stand out, is the fact that they provide affordability, along with performance. Also if you are looking for an alternative to the V8 engines that consume a great amount of petrol, then, Honda, Toyota, and other Japanese brand cars should be the ones you are looking into. Also, because they are now hiring European car designers, it is no surprise why the cars over the years, evolved in terms of appearance. The Honda Civic for instance can suddenly be associated with the upscale car market. There are a lot of things that Honda considered in order to generate the best cars in the business. This is the reason why the Honda Si Coupe is now one of the highly anticipated sedans in the market.

With a stylish look thanks to the roofline and a great overall shape, this car is a surprise to come with a $17,965 tag price. Among the available colors that you can have for this car include pearl paint as well as sunburst orange that will stand out on the road.

Honda designed the car to be lightweight. Also, along with the things implemented by Honda included the 201 horsepower engine that can pull off torque of 170 lbs per square feet. With an additional 0.4 liter displacement compared to the Honda Si Coupe’s predecessor, this boasts a great powerful car that may wonder car enthusiasts the lack of GT title for its name. This car provides a great street-friendly experience because of these types of changes made by Honda.

Why All the Power And Performance?

There are a lot of people asking, how come the car is powerful? The answer would have to be the source of the engine. The Acura TSX engine was used for the Honda Si Coupe.

However, unlike most high-performance vehicles, the Honda Si Coupe only runs on 22 mpg in the city and 31 mpg on the freeways. Now, that is fuel economy at its finest for Honda.

Tweaks That Made the Difference

There are some things that you will love about this new Civic lineup. In fact, it has brought some mechanical changes that focus more on the handling of the vehicle. The new Honda Si Coupe included a tougher suspension as well as thick roll bars to promote safety, especially during car accidents.

If you had the chance to look into the displays, you would be able to see on the Honda Si Coupe that it carries a feature of intelligent multi-information display (i-MID).

This includes power monitoring as well as an option to view the percentage of horsepower generated by the engine. In addition to these things, Honda even decided to include a Sequential Rev-Limit Indicator to showcase the i-VTEC high lift camshaft profile’s engagement when it is in use by the driver. When you add a number of airbags everywhere to taper the impact of a collision, you have a great car on your hands. And the best part is, it is under the $20,000 value.