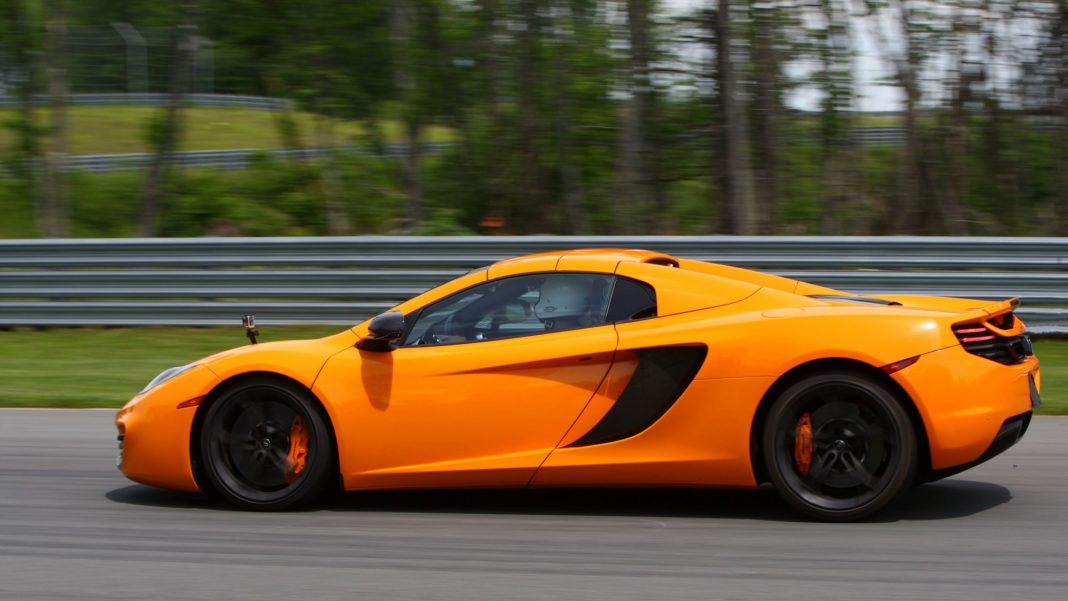 McLaren MP4-12C was designed as a lightweight sports car. Using a 3.8L V8 engine that can generate 616 horsepower, it is a car expected to generate a good amount of speed. The McLaren MP4-12C chassis was constructed with a carbon fiber material.

Mixing a high power engine and a lightweight chassis, it is a great formula for a successful high-speed race car. Because of the experience of McLaren in the Formula One circuit, engineers utilized only the best available technology to this GT car. The McLaren MP4-12C utilized brake steer technology originally applied to the Formula One cars. The brake steer technology provides fast and efficient maneuvering, especially during high-speed cornering. Utilizing a seven-speed gearbox, the McLaren MP4-12C is a machine that can easily be enjoyed both on the road and on the racetrack.

The McLaren MP4-12C is a brainchild of Frank Stephenson. Frank Stephenson thought of a car that can take the throne from the McLaren F1. The chassis is called Carbon MonoCell. This chassis design only weighs 80kg.

What makes the chassis different is its single press process. This made a big difference in production time without providing problems to the quality of the chassis. Instead of waiting for 3,000 hours to have a readily available chassis, the single press process only takes 4 hours. The McLaren F1 was known for the unconventional 3 seat arrangement. For the McLaren MP4-12C, the designers, this time, decided to revert to the conventional two-seat capacity of the car.

During that time, this carbon dioxide emission to horsepower ratio proved to be a significant step for the environmental efforts of GT car companies.

Reason for the Name

The nomenclature MP4-12C has Formula 1 origins. In the past, chassis of the Formula 1 cars ended up with an MP4 designation. MP4 stands for McLaren Project 4. From 1981 to 1996 though, the “M” stood for Marlboro. It was during those times when Marlboro was still sponsoring McLaren for their races.

When a car manufacturing company waits for ten years to have a new version of a supercar, critics expect something special. Fortunately, the GT car didn’t disappoint. The GT car took the second-fastest lap for the Top Gear test. Finishing second behind the Ferrari 458, this simply means that car enthusiasts can expect the best. This time around, the McLaren MP4-12C is better improved than the McLaren F1 of the 1990s.