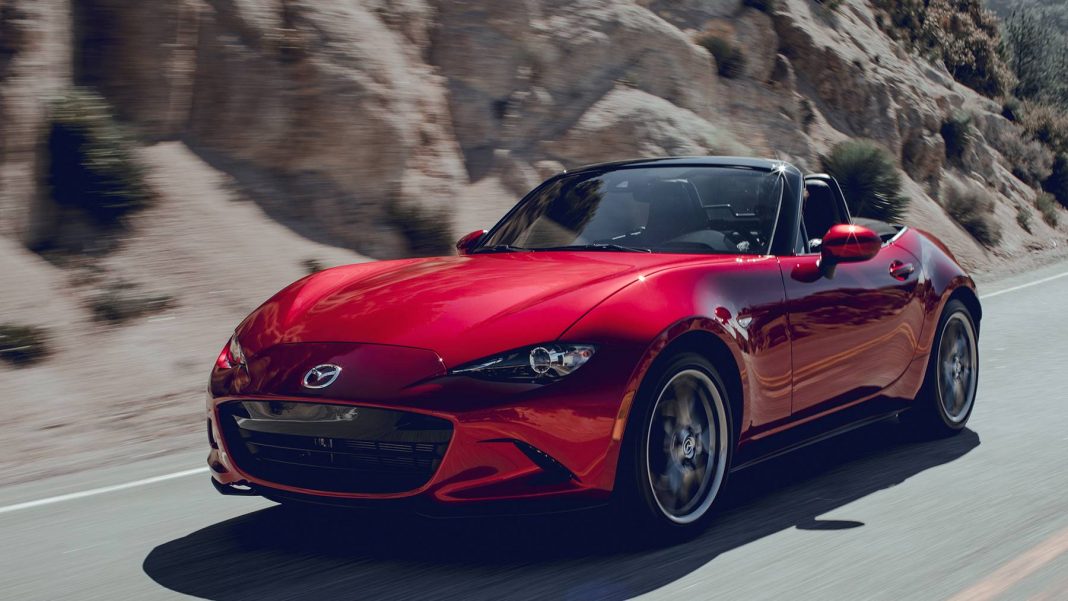 It is sometimes hard to determine the possibilities with a car based only on its size. As proven by Japanese GT cars, creating bigger cars may not always mean the smartest move. The MX-5, better known as the Miata, is a lightweight roadster GT car that debuted in 1989. With fuel economic design, a classic look, and a high-performance engine, the Mazda MX-5 became a sneak peek on what to expect from Mazda during the 1990s. The Mazda MX-5 proved the importance of technology in car manufacturing. The engineers showcased how there are a lot of unnecessary things in the designs of bigger roadster cars.

The Mazda MX-5 was marketed as a small roadster. Living up to fuel economic designs of Mazda, the car manufacturing company tried to regain markets already captured by Triumph Spitfire, Fiat 124, and the Alfa Romeo Spider.

The Mazda MX-5 is one of the groundbreaking cars ever launched by Mazda. In fact, the second generation of Mazda MX-5, launched in the late 1990s and was produced in 2005, became one of the most commercially successful cars. By February 2011, the Mazda MX-5 already sold over 900,000 units.

Overview of the Mazda MX-5

The Mazda MX-5 was engineered according to the taste of GT car enthusiasts who are after small-sized vehicles. Because of this, the Mazda MX-5 from the first generation to the later generations stayed loyal to this idea.  Despite the Japanese economy slowing down during the late 1990s, the first-generation Mazda MX-5 sold over 400,000 units. Powered by a small and economical 4 cylinder engine, this didn’t hamper the Mazda MX-5 from having an influence on the GT car market.

The timing for the release of the Mazda MX-5 was perfect. During the time when small-sized GT cars had already been decreasing in number, the Mazda MX-5 regained the interest of the market. In terms of competition, the Mazda MX-5 and the Alfa Romeo Spider were the only ones present during that time to cater to small roadster vehicles.

In terms of performance, there are different things that the Miata holds over the fast GT cars. For instance, being a small roadster, it may not be able to run as fast or accelerate to 100 kilometers per hour in just 3 seconds, but it can compensate for its great handling.

Mazda MX-5, in fact, received awards including the prestigious title of Car of the Year from Wheels magazine in 1989 and 2005 for different generations of Miatas.

The idea behind the Mazda MX-5 was by Bob Hall. This journalist of Motor Trend gave Mazda the idea to design a car similar to the European roadsters that kept the industry alive over the years. This idea was conceived during the early 1980s. Under the Offline 1983 program, Mazda designed a car that can mimic the efficiency of the European GT cars. The name Mazda MX-5 came from the code Mazda Experiment Project Number 5. With a retail price of $17,000, this became an overnight success for Mazda.

Running a top speed of just above the 200 kilometers per hour limit, this may not be the fastest vehicle on the road, but it can surely get the attention of people with its classic roadster look. From the first to the third generation of the Mazda MX-5, this just proves how big things can come in small packages.