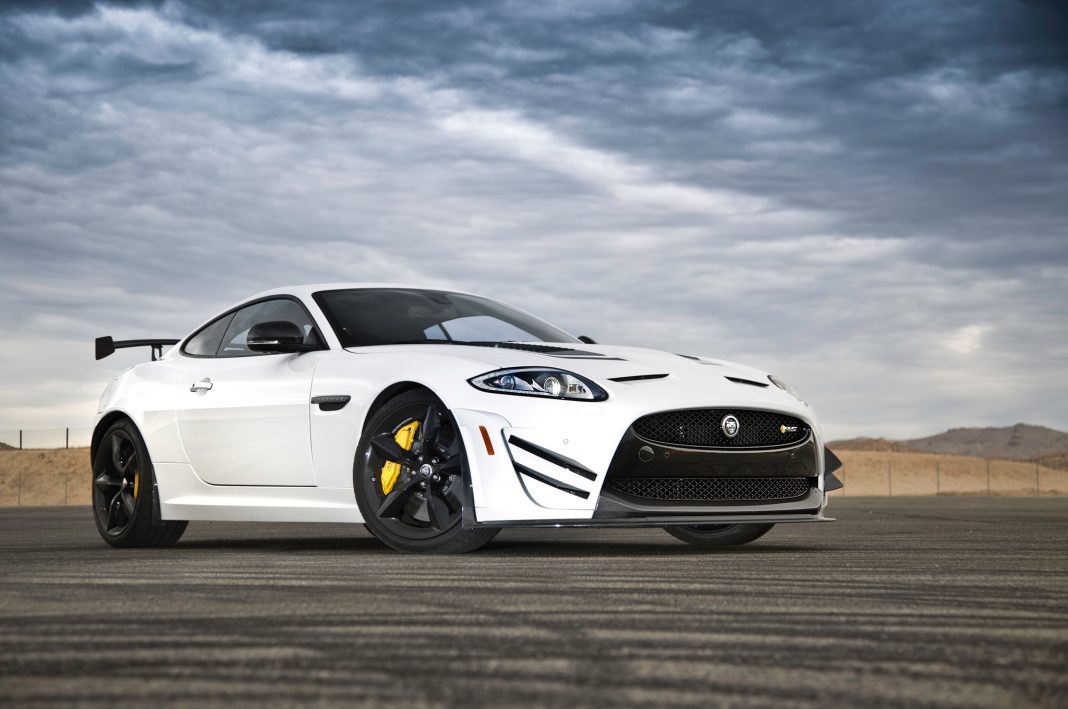 The good news about the new 2014 Jaguar XKR-S GT was that it was already unveiled in MotorExpo in Toronto. There were already high expectations for this Jaguar. With an aggressive look and stunning mechanical adjustments not to mention the top-of-the-line revisions, you can only expect a great performance vehicle. The bad news, on the other hand, is that the car is only going to have a limited run. How rare is this car? Let’s just say that Jaguar is only planning to have 30 units of the Jaguar XKR-S GT. Also, you may have to pay $179,000 for this piece of Jaguar magic.

The Jaguar XKR-S GT is powered by a 5.0L V8 engine. Generating 550 horsepower and 502 pounds per square foot of torque, this great vehicle can definitely outperform most of its counterparts.

Accelerating under 4 seconds from 0 to 100 kilometers, and running a top speed of 300 kilometers per hour, this car is a testament to Jaguar’s engineering prowess. The top speed recorded was even controlled electronically to allow the vehicle to be legal.

The body of the Jaguar XKR-S GT is made of lightweight material. Unlike the carbon fiber material that is used on most GT cars today, the Jaguar was made of an all-aluminum body.

Also, the body of the car carries an aggressive aerodynamic design. In fact, the aerodynamic design can also create 145kilogram downforce that even adds up to the versatility of this piece of machine. Another thing that made this car a great vehicle is the fact that it made use of carbon-ceramic brake system. This is the first time Jaguar used the vehicle. And so far, tests are showing that it is a great addition to the car.

Performance-wise, the XKR-S GT outperforms the XKR-S. That says a lot considering the XKR-S GT is still being tapered electronically.

Toronto was shocked seeing the performance savvy Jaguar XKR-S GT. Since this is a rare gem, you may have to compete against many car enthusiasts dying to get their hands of the vehicle. Remember, only 30 are going to be built. 25 are already headed to the US and 5 to Canada.

It is the first of the many R-S models expected from Jaguar. In fact, it was the 25th birthday of the R models when the XKR-S GT was unveiled. If you can’t get your hands on the R-S GT limited edition cars, you may want to look at the prospect XFR-S GT car. Looking at the trend, this could be the next move for Jaguar. Also, they are continuing to do the same as to what Mercedes Benz Black Series have done.