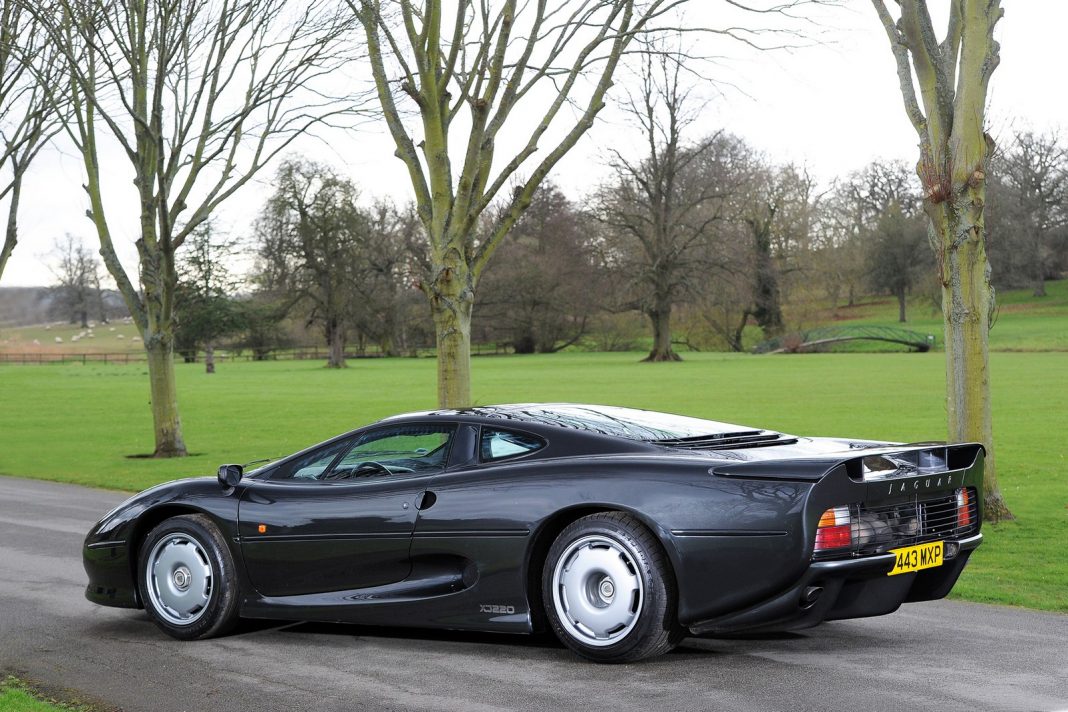 There are differences to what the Jaguar XJ220 as a concept and what it was during its production phase. In fact, it was never intended to become available for production. In 1988, when it was unveiled in Britain, the demand was great that Jaguar decided to continue with the production. The initial price was shy of the $600,000 mark. Jaguar initially announced that there will only be around 350 units of the Jaguar XJ220 GT cars.

In some parts of the world, the $600,000 price tag actually spiked by as much as $70,000 because of its rarity. During its production phase, the car was able to run 212 miles per hour with its sinister scissor doors, it was breathing with class and performance.

During the production of the Jaguar XJ220, the manufacturer decided to have a V6 engine instead of the V12 version shown during its concept car days. As for the bore and stroke of the engine, it carries 94mm by 84 mm to deliver maximum power to its users. With the five-speed transmission and a rear-wheel-drive version, the production version of the Jaguar XM220 is a more controlled version of the concept car.

Though it is a more conservative version, it has enjoyed popularity among followers and fans of GT cars worldwide. Performance-wise, the vehicle is a top-notch machine. It can reach 0-50 miles per hour in just 3.6 seconds, and it has a top speed of 213 miles per hour.

Challenges for the Jaguar XJ220

In the 1980s, the Jaguar XJ220 was one of the best of its kind. The problem with the production of Jaguar XJ220 was that it was tapered down allowing the Ferrari F40 to become the benchmark of supercars.

The Ferrari, however, was pegged almost the same as the price of the Jaguar XJ220. Because of the bad economy plus the emergence of new supercars, a lot of speculators who tried to get a few cars to resell for profit tried to back out.

Aside from the classy Jaguar XJ220, there is a racing version made for the GT challenge. This car was driven by Win Percy. During the 1990s, Jaguar tried to introduce the brand and the XJ220 as one of the best cars in the market by entering races like Le Mans 24 hour race. On these occasions, Jaguar won and took first place to run across the chequered knocking Porsche by 2 laps.