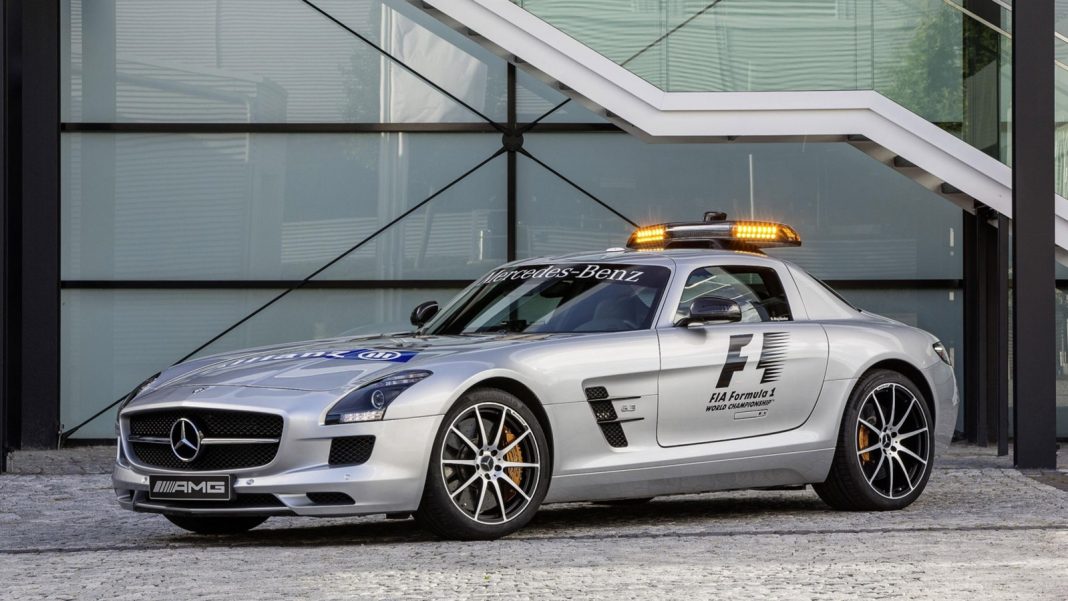 A front-engined luxury car developed by Mercedes Benz AMG, this car was unveiled at the 2009 Frankfurt Motor Show. By Mid 2010, it was sold in Europe. In the US, it was available the following year. There are many variants to the Mercedes Benz SLS.

In fact, in 2012, Mercedes Benz presented an electric version of the SLS at the 2012 Paris Motor Show. Named Mercedes Benz SLS AMG Electric Drive, its goal was to prove that they can produce a powerful GT car without consuming fossil fuel.

The Mercedes Benz SLS was designed by Mark Fetherston in October 2006. The project was finished by April of 2007. Featuring a futuristic wing door that swings upward, it has to be manually opened since putting an auto-closing system on the Mercedes Benz SLS will require an additional 90 pounds. Considering the safety of the driver and passenger during accidents, the designer of the Mercedes Benz intentionally made the doors removable in case of a rollover.

Why Was It Used as Safety Car?

Because of the high expectations in a Mercedes Benz GT car, it is important for engineers and designers to consider the importance of technology. For instance, being a safety car in the Formula One circuit requires a powerful engine. The company made use of a 563 to 805 horsepower engine to cater to these types of situations.