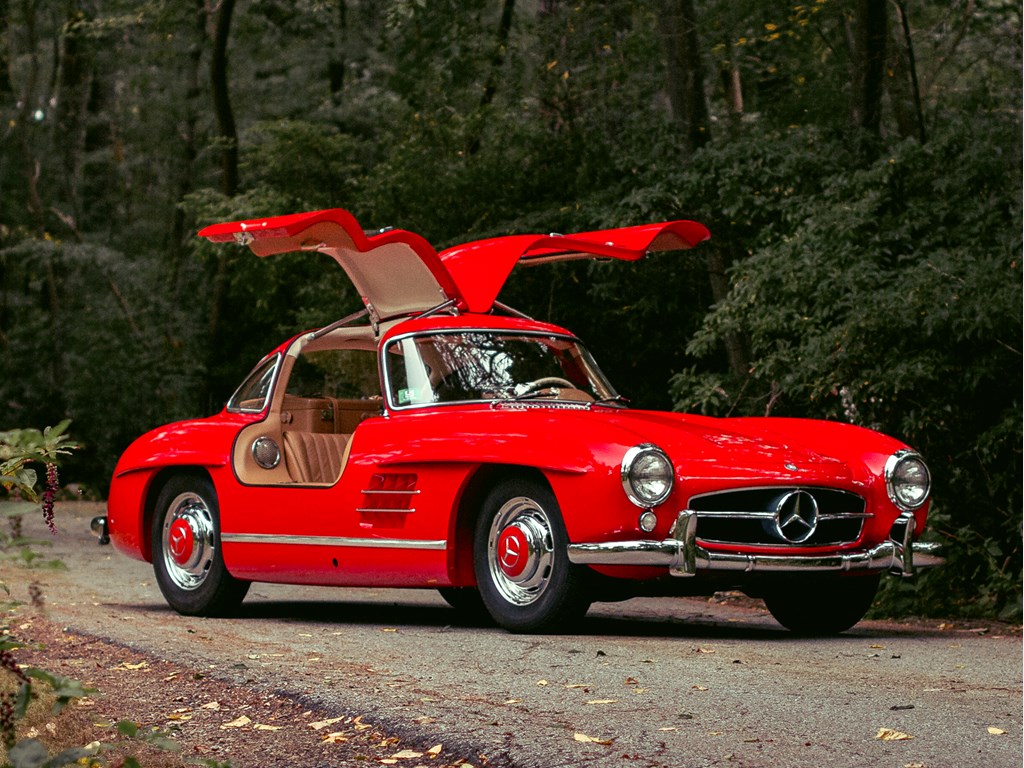 Mercedes Benz is well known for the best cars. As the face of the German automotive industry, the Mercedes Benz SL300 has a long history. In the 1950s, cars used to have no concept whatsoever of aerodynamics. It is normal to see cars that are boxed shape creating lift instead of downforce. The SL300 is the pioneer of all the SL Class GT cars. Introduced to the public in 1954, it showcases one of a kind gull-wing door for a 1950s GT car.

The genius behind the importation of the Mercedes Benz SL300 to North America was Max Hoffman. He became the official importer of Daimler Benz during the post Second World War. A street version of the SL300 was released by Mercedes Benz in order to dominate the US market. During the 1950s, most cars were actually made of steel.

One of the things that made Mercedes Benz popular was its engine. For the Mercedes Benz SL300, the company made use of a straight six-cylinder engine. As the first engine ever to use a gasoline direct injection, it doubled the power of conventional vehicles of that time. This innovation made the Mercedes Benz SL300 run a top speed of 260 kilometers per hour, a feat that even today is impressive.

The problem with the Mercedes Benz SL300’s engine was that it was high maintenance. The large oil cooler becomes a problem for most owners, as this was designed for the race track than for the streets according to its critics.

The SL300 made a trend for the SL class. It offered elegance and performance worthy to become a classic. Today, there are SLS models. But without the SL300, these cars wouldn’t be what they are today.