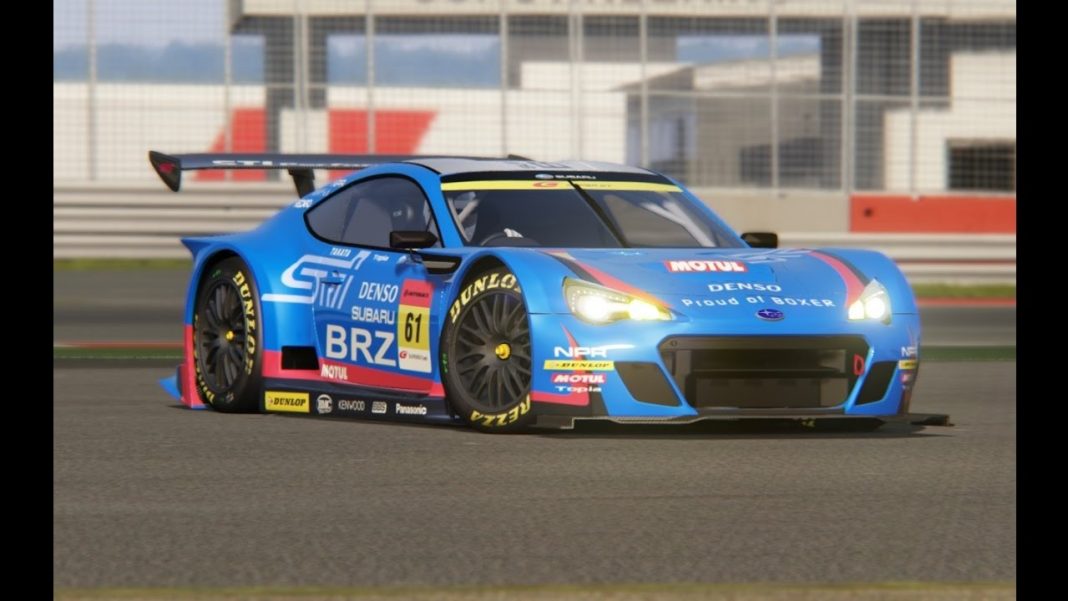 Subaru is the company that can easily dominate the WRC. Focusing on the importance of technology in car design and engineering, Subaru became synonymous with rally car racing success. Over the years, Subaru has been known for its participation in these challenging races. Subaru is a Japanese manufacturing company known for producing the boxer engines for their vehicles. They took another step at improving their technology by offering the Subaru BRZ GT300 one of the best engines today.

Also, they integrated an aerodynamic design that can ensure superb handling and safety of the race driver. According to the manufacturer, the Subaru BRZ GT300 utilizes a carbon fiber body alongside a large front air intake.

As for the interior of the Subaru BRZ GT300 though, it was all stripped for racing purposes. Taking the place of the fancy interior, Subaru added a full roll cage and a top of the line Recaro racing seat for maximum comfort and safety of the driver.

The Subaru BRZ GT300 is run by a four-cylinder boxer engine called the EJ20. Incorporating some of the most advanced technologies acquired from the World Rally Championships, the Subaru GT300 runs efficiently on its engine.

STI worked with R&D Sport for this project. The mission of the two companies is to create a better engine than the ones used by the Subaru Legacy in the previous races. Since the car is about to race in Sepang, where temperature can take its toll on the vehicle, the designers showcased the use of heated air exits on the bonnet of the car. The big difference, however, with GT racing in contrast to WRC is that the engine will be forced to run in high RPM for a longer period of time. This requirement of the Subaru BRZ GT300 became one of the main factors that made Subaru shorten the intake manifold of each cylinder.

Classic Car in the Making

Performance-wise, the Subaru BRZ GT300 is now doing well in the races. In fact, it surprised many critics following the shift from WRC to the GT car series. The Subaru BRZ is already known as one of the lightest cars in the market today.

If there is anything that the engineers of the Subaru BRZ proved, it is the fact that there is a connection between the body and the engine of the car. When gauging the performance of race cars, it isn’t all about the powerful engine. Lightweight car design can easily be propelled even by a small four-cylinder engine. Utilizing the boxer engine Subaru was known for, the Subaru BRZ GT300 is now a high-performance race car that has the potential to become a classic.