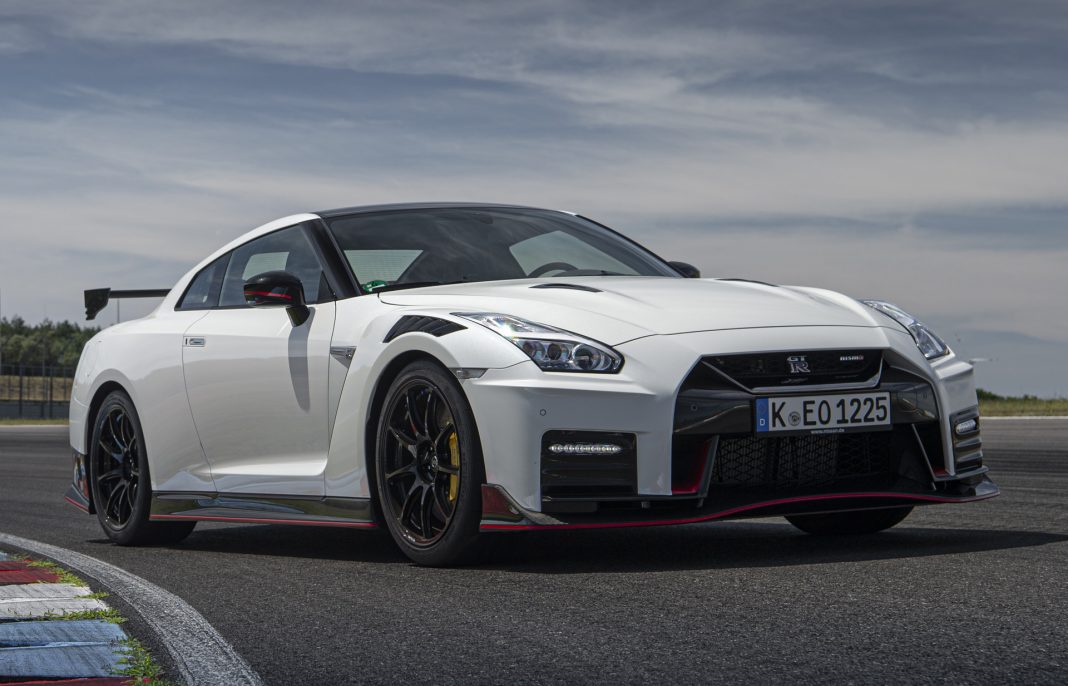 The Nissan GT –R is one of the top acceleration GT cars which has been around since 2007. The American version was launched in 2008. The European market received its first car in the same year (2008). The car is among the few vehicles that have been digitalized making it the most powerful racing car. Perhaps this is what explains why its performance is superb.  The car boasts of acceleration 0-60   in 3.5 seconds. The car blasts through ¼ mile in 11.7 seconds with its top speed hitting 192 mph. This is the speed that makes this car preferred among the GT cars.

At a price of $70,000, the car is affordable to middle-class racing fans. It boasts of a larger displacement of 3.8-liter twin-turbo and which is capable of producing 450 hp which makes this car an exciting one for racing. Its transmission can be configured and the damping can be adjusted.

The engine is computerized and its 4,500 rpm can be put on hold easily as long as your leg is still pressed on the brakes. When you release the brakes, the vehicle accelerates faster than any other car produced in the world.

The Audi S4 is another GT car whose acceleration is considered top among the GT cars. The new series which has just been released is one of those that promise a better performance as compared to the old models. Compared to the later car, the bumper still remains but the signature and the side mirrors that were typical of the Audi are missing.

This car has bigger wheels as compared to the predecessor with a gaud –exhaust and new side skirts.  The secrete Audi has lies in its power which stand at 354 hp V8.  The price for this series is within the reach of the middle-class household.

The Audi S4 series is capable of running 11.37 s at 122.43 mph. This makes the car more of a luxury car than a racing car. The performance is superb and its S5 4.2-liter FSI v8 engine is capable of delivering more than 354 Hp which is way above the average performance of the GT cars.  The fact that the S-model benefits from the Quattro four wheels drive technology implies that the car is likely to perform better than its rivals. These two exciting automobiles are expected to make any debut exciting.