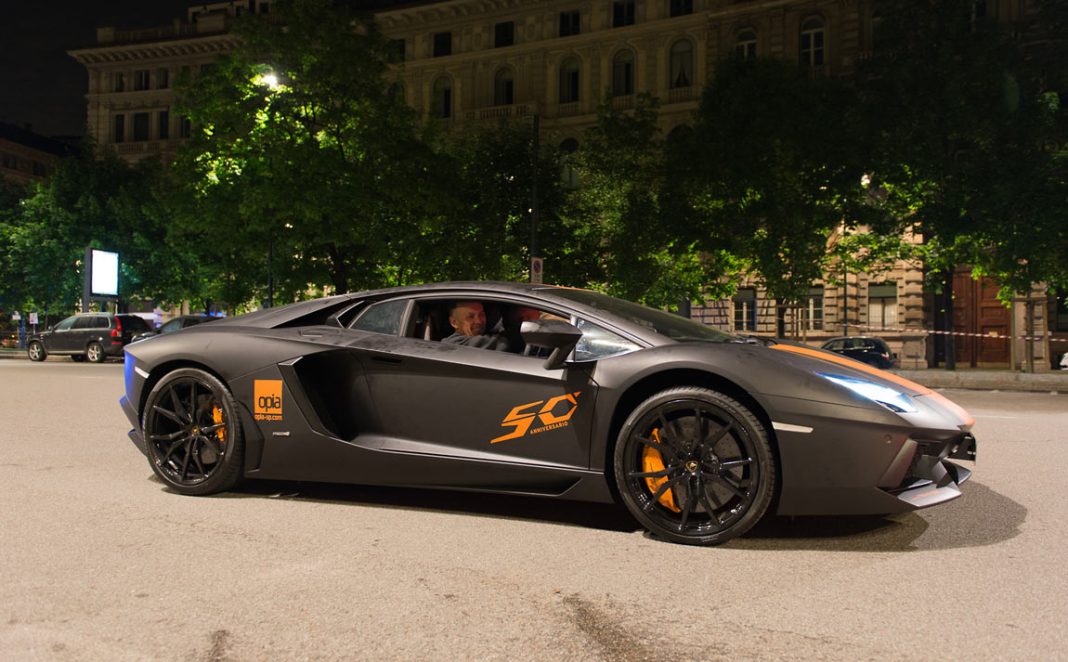 So what was the Lamborghini Grande Giro? A lot of people thought that it was a new car to be unveiled by the Italian car manufacturing company. After the Aventador, Lamborghini is still in the concept of how the newest car will look. According to rumors, a car named Veneno is the latest Lamborghini being developed.

Lamborghini is one of the best Italian car manufacturing companies when it comes to GT cars. Recently, Lamborghini celebrated its 50th anniversary with the Grande Giro parade. Through the years, Lamborghini produced some of the best sports cars named after bulls. From the Murcielago to the Diablo to the Aventador, every GT car enthusiast is familiar with Lamborghini. However, a lot of people don’t know that Volkswagen owns Lamborghini.

For its 50th year, GT car enthusiasts anticipated the Grande Giro celebration of the Italian manufacturing company. May 8th, Italy witnessed 350 strong Lamborghinis marched the street to celebrate the 50 years of Lamborghini.

Dubbed as the House of Raging Bulls, the 350 cars showcased 190,000 horsepower of all the Lamborghinis combined. It was history’s biggest rally of Lamborghinis. Running the entire length of Italy, the cars included in the celebration were the Aventador, the 350 GT, and even the latest Veneno supercar.

Being in the best financial shape in years, the Lamborghini celebrated the Grande Giro to showcase their engineering prowess over the years. Though they are only selling 250 cars per year, Lamborghini maintained the exclusivity of their brand since the 1960s.

Lamborghini was established to compete against Ferrari. In the early 1960s, the company simply wanted to have a car powered by a V12 engine that will stand at par with what Ferrari had during that time.

Lamborghini had a bad start during the 1960s. In fact, in the 1963 Turin Show, the Lamborghini 350 GTV was presented without any engine. When Lamborghini entered the new millennia, it was purchased by Volkswagen for $110 million. Volkswagen being a subsidiary to Audi presented a bright future for European car manufacturing. Under the German ownership, Lamborghini entered the Grande Giro stronger than ever. From the SuperVeloce to the Aventador, these are some of the few cars that put Lamborghini among names like Ferrari in terms of GT car manufacturing.

Though Lamborghini celebrated the Grande Giro with a number of supercars, the company is now involved with other products aside from high-end cars. Lamborghini has produced different engines not only for land vehicles but also for powerboats. Also, as part of building Lamborghini as a brand, the car manufacturing company also sells electronic items as well as other accessories.

The Grande Giro is a culmination of what Lamborghini has become over the past years. Inviting over 100 participants from 25 countries, it was a simple ode to Italian engineering. The success of the brand came a long way in 5 decades.

From the rough start during the 1960s, the company emerged victorious in its current state. Financially speaking, the support of Volkswagen and Audi helped Lamborghini a lot in terms of management. Considering the financial crisis and how the GT car market is being affected by these financial setbacks, Lamborghini proved to be a survivor, and it lived to see its 50th Anniversary.