Mazda 6 GT and Accord EX-L Face-Off 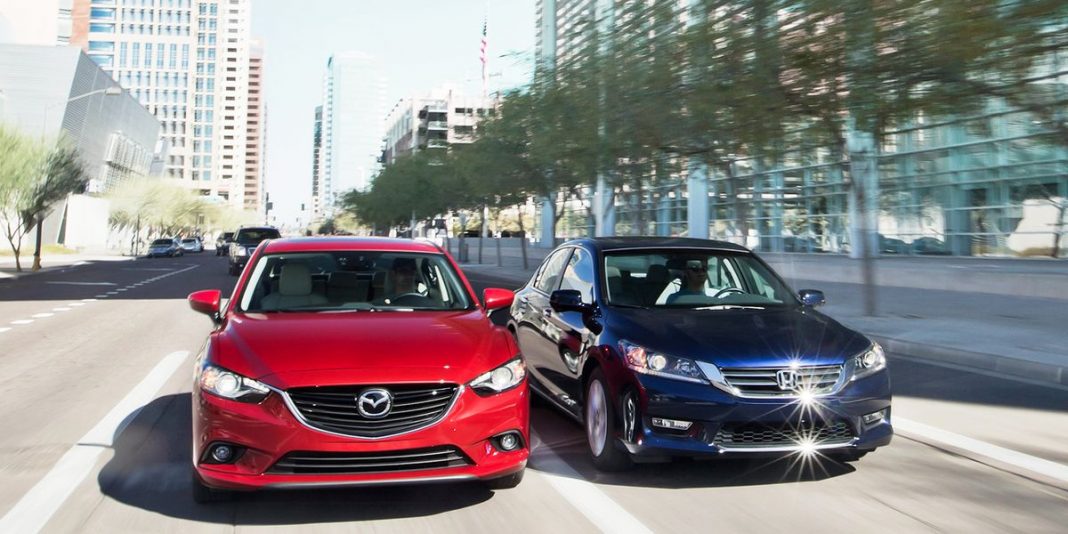 Mazda and Honda are two brands that relied on their family-sized sedans to increase their sales. For Mazda, they still produce high-end cars. For instance, they have the Mazda Miata to cater solely to the GT market. As for Honda, they have the Acura for their high-end brands. Though NSX was sold as Honda in other parts of the world, it has been known as the Acura in most parts of the world. Though Mazda and Honda share history in the GT market, they know for a fact that it is not a wise decision to narrow down their market especially if they have zero chance of dominating the GT car market. This is the primary reason why Mazda created the Mazda 6 GT and Honda its Accord EX-L.

Among the cars that surprised people was the Mazda 6 GT car. A borderline between GT car and the family car, it is a high-end family sedan that can attract a broad market. The team-up between Ford and Mazda became fruitful as this car breathes more muscle for your average family car. Also, it lacks the punch to be considered solely as a GT car. The Mazda 6 GT is a light and structurally stiff vehicle that makes use of a 2.5-liter V6 engine and available in both manual and six-speed automatic transmission.

Mazda is not the only car manufacturing company that went the trouble of experimenting with family and GT cars. When you see the 2013 Honda Accord, it is a glorified family car that has been refined and made more practical than the other versions.

There are a lot of things to consider when it comes to the Accord and the Mazda 6 GT. For instance, the Honda Accord EX-L is available for $30,785 while the Mazda counterpart is available for a slightly higher price at $31,490. In terms of performance, the Accord EX-L is known to be a smooth-running vehicle that provides a supple ride and accurate steering to fit anyone who loves a great drive to his or her home.

A lot of people are wondering how this V6 engined vehicle ends up as a family car. In fact, if you will look at the structure of the Honda Accord EX-L, it was meant as a high-end family car as it has a softer chassis compared to the Mazda 6 GT.

Also, based on the acceleration of the Honda Accord EX-L of 7.4 seconds to go from zero to 100 kilometers per hour, it is far from the benchmark of a high-performance GT vehicle.

Comparing the Honda and the Mazda can be a challenge. Mazda 6 GT is a sporty sedan while the Honda Accord bagged second place as the best family sedan.

These are big accomplishments. Being neck and neck in terms of their price, it is up to you to decide which car do you prefer to go for. Both having exemplary looks of a GT car, it’s a great buy for anyone who wants a head-turning sedan.