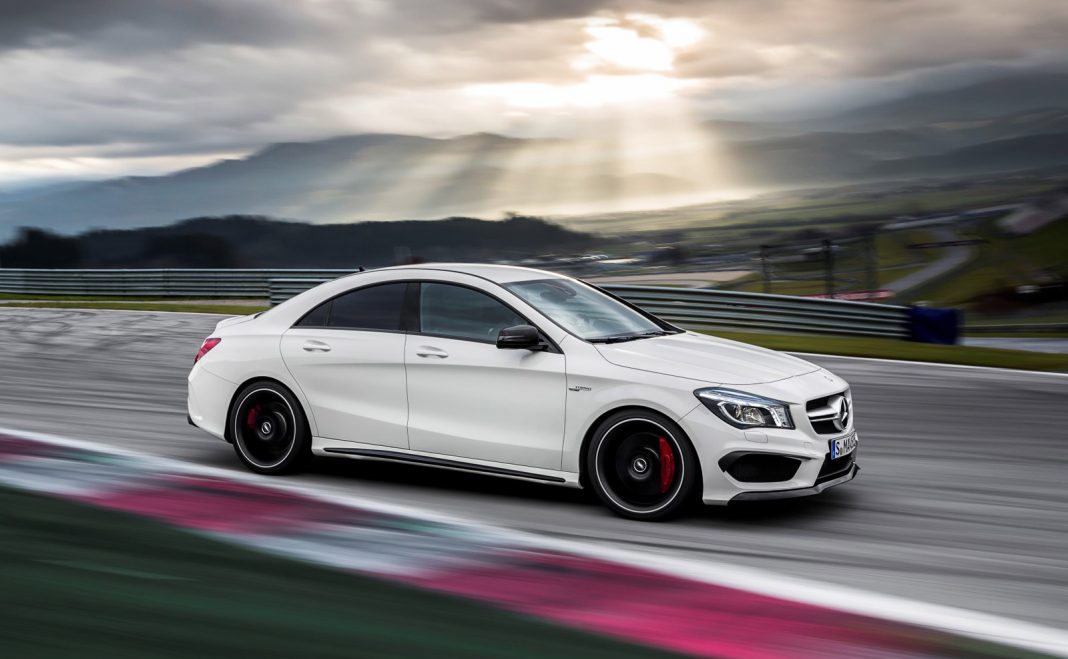 Mercedes Benz cars are simply attached to prestige and automotive performance. Since the car manufacturing company became successful in the 1950s for their gullwing door SLS, it continued its dominance in the high-end market. The Mercedes Benz CLA45 AMG, presented in the 2013 New York Auto Show featured one of the most powerful turbocharged four-cylinder engines. A lot of people would expect a V8 engine to come with the Mercedes Benz CLA45 AMG. However, what the manufacturer did was to establish an efficient four-cylinder engine that can create as much as 355 horsepower. Producing 322 pound-feet torque, it is an example of superb engineering for the German automotive company.

The emergence of BMW 3-Series GT, as well as Audi A5, prompted the Mercedes Benz to release its compact turbocharged car. Aside from a high-end performance engine, Mercedes Benz has been attached with class and elegance.

Though they can easily have it priced for $60,000 for starting something new in the automotive industry, they opted to make the price consumer-friendly.

Aside from the price, where else can you find a powerful 4 cylinder engined car?  The car can reach 100 kilometers per hour in just 4.6 seconds while reaching a top speed of 250 kilometers per hour. Now, most cars that perform as the Mercedes Benz CLA45 AMG would typically have a V8 engine. From an economic standpoint, a four-cylinder engine is more efficient than V6, V8, or even a V12 car.

Another aspect that most car users look at is the easy transition from manual to an automatic transmission.

If there are things that you want to change with the Mercedes Benz CLA45 AMG, all that you need to do is to inform the company, and they will be more than happy to assist you. This new-found customer-friendly approach by Mercedes Benz can potentially get them an even broader market.

In a North American automotive market that is suffering from the lack of sales, the four-cylinder engined Mercedes Benz can potentially be a breath of fresh air to many car enthusiasts. This might as well be enough to guarantee success for the German brand in the next years to come.

Driving the Mercedes Benz CLA45 AMG is a new experience for any driver. It is a product of superb engineering especially when you hit the 250 kilometers per hour limit using only a 4 cylinder engine.

In terms of the interior of the vehicle, leather seats and multi-functioning controls are some of the things that can give you a good driving experience.