GT-R News: 7-Speed Gearbox for GT Cars on the Way 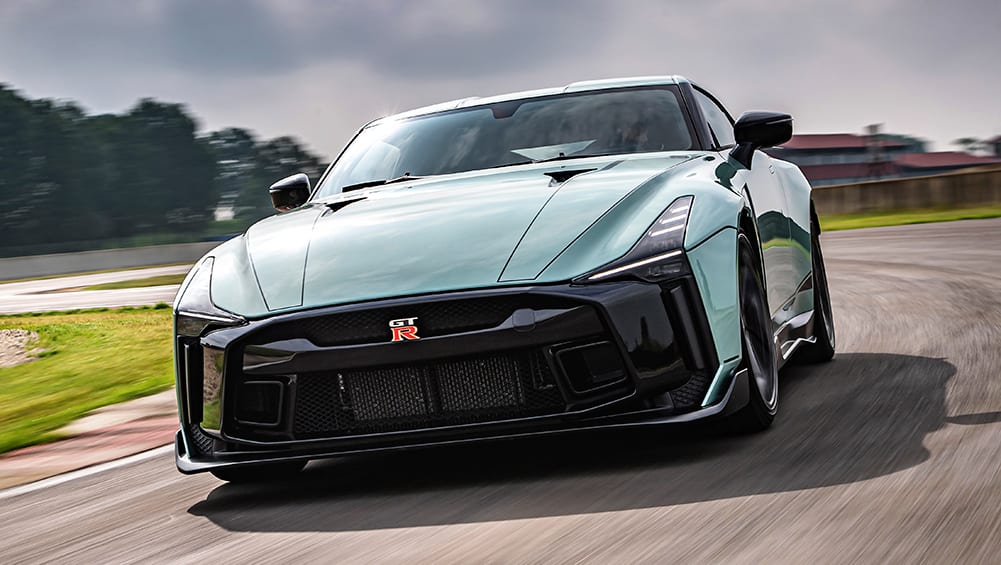 The GT-R is one of the best Japanese sports cars that were released six years ago. This car is expected to undergo the second revision at the end of the year. The first revision was done in 2011 where its power was increased to 545 hp. In the anticipated revision, it is expected that the face of this magnificent car will undergo some changes aimed at giving it a new face.

The changes expected include improving its acceleration which is currently not fast enough. The current acceleration is conservatively put at 3.0 seconds to 60 mph.

There are indications that the speed of this car will be increased from the current 6 speed. This will be made possible by the introduction of a dual-clutch gearbox. The speed will be increased to seven. Further changes are expected in the gear ratio which is expected to be adjusted and altered.

The major changes that are anticipated include suspension tweaking which will improve the braking system. It is also expected that better tires will be fitted on the car. Other minor changes will improve this car a great deal. The chief engineers who are already working on this project include Kazutoshi Mizuno is looking forward to slashing the 7 minutes 15 seconds time by a further 3 seconds.

The other change that is expected will have to do with the fuel consumption of this car especially during these times when the focus is on fuel economy and everyone is trying to spend as little money on fuel as possible.

The GT-R is expected to be fast on the track. It is comfortable and drivers will enjoy driving the car. The fact that the new gearbox will increase the power of this car is a clear indication that its performance on the track will be faster than its predecessor. The comfort of the car is also to be improved and this will put this GT-R in its own class. According to reliable sources, this new hybrid of GT-R maybe with as soon as next year.