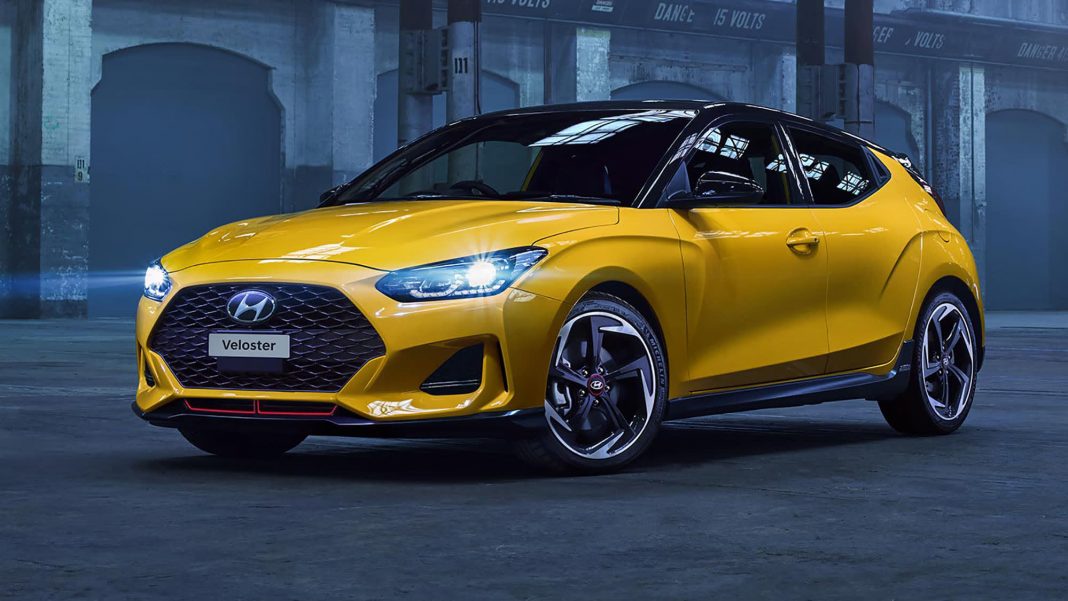 The Hyundai Veloster first came out in 2011. This car was introduced as a compact three-door vehicle that has been surging in sales for the past two years. On March 10, 2011, it was introduced to the US. Given the success in the past years, Hyundai decided to take a bigger step by implementing the necessary changes to the car to make it crisper and sharper than ever.

The 2013 Veloster is a hybrid model for those looking for a crossover between a sedan and a coupe.

If you love both, this is the car that you want to have in your garage. Pegged at $17,600 a lot of people think that this is actually a good deal. And also, if that is not enough, you can even get the Turbo version if you just add around $5,000.

There are characteristics of the Hyundai Veloster that make it such a stand out of the vehicle. In fact, a lot of people compare the platform used on the Veloster similar to what Hyundai Accent and Elantra provided. When it comes to its outside appearance, the asymmetrical doors are practical despite being an oddity. As for the overall design of the car, the blueprint of this car didn’t fall too far from the economical designs of both Accent and Elantra.

Charging with a 201 horsepower engine, this is definitely in a limbo between a high powered sedan and a high caliber coupe. With a 1.6 liter 4 cylinder engine that has been coupled with a manual transmission, this car can hit the 100 kilometers per hour speed in just 8.5 seconds. Then, there comes the Turbo version.

Right off the bat, it is a cheap deal for $22,000. Internally, it is the same direct injection and cast aluminum designed motor, but it generates more power than the base version of the Veloster.

In terms of horsepower delivered to your driving experience, the added $5,000 will provide you with an additional 63 horsepower that can equally be flattering for an Asian car designed to be economical. Though Hyundai did not change the suspension for the turbo version of the Hyundai, it was applauded by numerous critics. The turbo version of the Hyundai Veloster, however, presents a different steering ratio from 14.2:1 to 13.9. This provided a better steering function for the more powerful version of the 2013 Veloster.

The car is also not the only one in its market. There are a lot of cars that have been running for quite some time with similar specifications and tag price. There are a lot of competitions ahead for the Hyundai Veloster. In fact, Subaru BRZ and Honda Civic are among the cars that are willing to go toe to toe with this vehicle.

Achieving the 130 miles per hour limit, the Turbo version of the Hyundai Veloster is not really a bad deal after all.

Its economic approach and slick overall design hold great potential especially in the changing tastes of the US market. Whether or not to take the Turbo version is up to you. Whether you take the base 2013 Veloster or the pumped-up Turbo version, you end up getting a good deal either way.