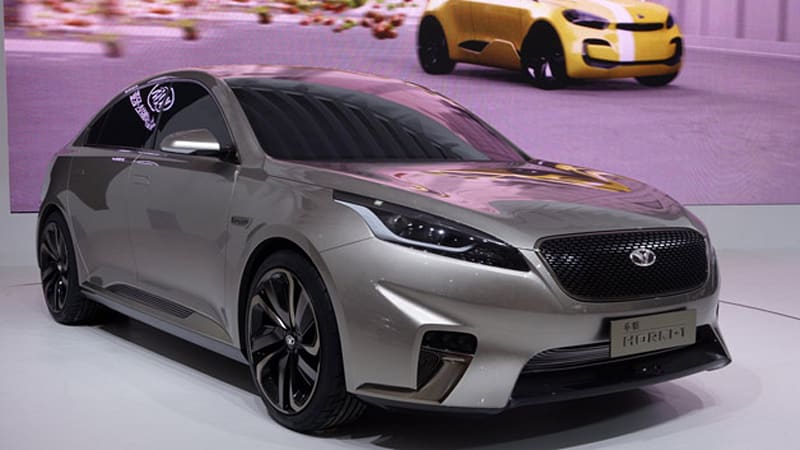 2008 proved to be a tipping point to many American car companies. The V8 and the V12 engined cars have declined in sales due to the impracticality and the cost of their operation. This opened doors for many Asian brands to prosper. In fact, smaller sedans became the ideal car for most people even in the US.

Korean brand Kia is looking to dominate not only the European market but also the Chinese automotive industry. When the US was suffering economically, China made it a point to regroup and boost its economy. It has been noted in the past months that the Chinese market is now ripe for new brands in the automotive industry. Qoros and Chery Automotive are just some of the names that stepped up in this unexplored Chinese market.

Instead of importing Toyota, Honda, and other Japanese cars, it will be more practical for Chinese consumers to stick with local brands. Kia is one of the companies that revealed interest in the Chinese automotive industry. In April 2013, Kia showcased a new concept car in the Auto China 2013 in Shanghai.

Kia announced that it is going to have a Chinese-based company named Horki. “Hor” is a Chinese character that means China and “Ki” means driving. The Horki-1 is the first model for the company. What made this a good idea is a fact that Horki is using the same platform as the Kia Forte, or the Kia Cerato in other parts of the world.

The Chinese car industry is ripe with different car companies today, In fact, in 2013 alone, Qoros is planning to release 3 cars from their lineup. And by 2020, the Qoros concept car will already be released. What does this mean for the Horki?

Horki-1 is expected to be released by 2015. Horki is also trying to keep up with the changing trends in the car industry. For the Horki-1, they are trying to adapt by making plans to include a greener version of the concept car.

Sub-brands tend to have benefits. This can enable a brand to start fresh and be able to sell cars that haven’t been explored by the original company. A good example is Mustang and Ford. Ford managed to bring in Muscle cars thanks to the brand recognition brought by Mustang.

So what is the specialty offered by the Horki-1? It is far too early to predict. Dual brand strategies have worked over the years. Kia is hoping to compete with upcoming brands with a fresh face in the automotive industry. Come to think of it, this is a great move to the Korean brand.

Harmony and driving are the selling points of the Horki. A lot of people will look at the Horki-1 concept as a practically designed sedan that any average earning individual would approve of. It looks modern and classy, but it looks as if the car will be tailor-fitted to the Chinese market.