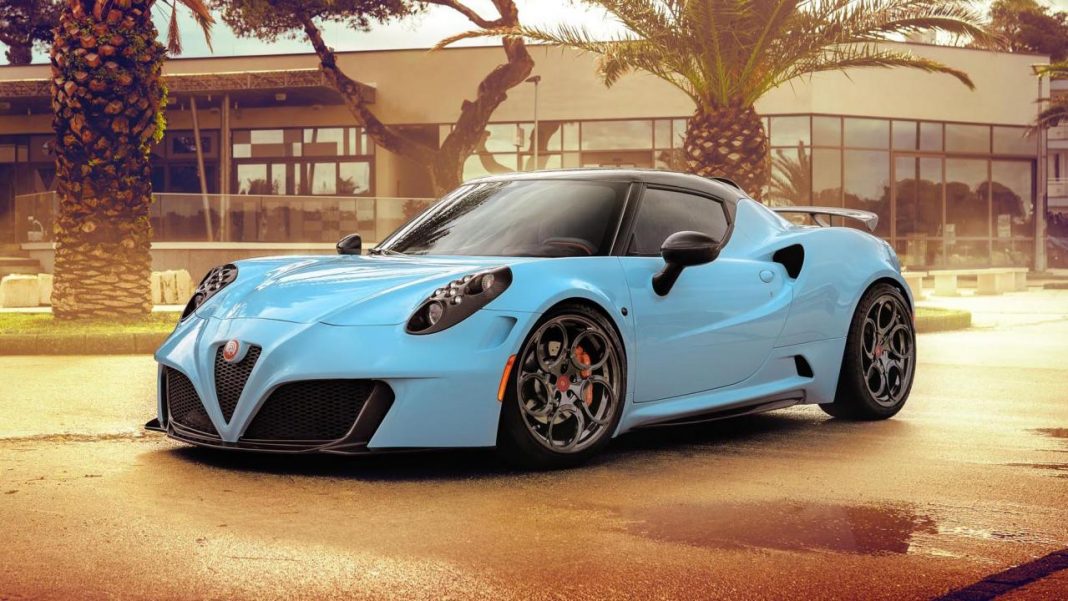 To be called a legitimate GT car is a challenge. In fact, all over the world, there are only a few brands known as part of the pioneer GT brands. If you are looking for a vehicle that can truly be classified as a GT car, it is the Alfa Romeo. Alfa Romeo is among the original GT car manufacturers that took the scene in the 1940s. The Alfa Romeo 4C is an expected £52,000 lightweight vehicle. The two-seater coupe sports car is somewhat reminiscent of the Alfa Romeo Mito. Alfa Romeo 4C utilizes carbon fiber technology along with aluminum to perfect the lightweight design of the car. The actual weight of the Alfa Romeo 4c is only 895 kilograms. Having less than one-ton weight, this two-seater GT car became an instant hit in the 2011 Geneva Motor Show. It is expected to re-enter the US market by 2014.

The design of the car was the brainchild of Alfa Romeo’s style center. It was developed using the same construction methods as the KTM X-Bow and Lotus Elise.

The carbon fiber parts of the car were produced by Tecno Tessile Adler. The body was not made solely of carbon fiber because it can increase the cost of the Alfa Romeo 4c. Using aluminum, it actually increased the weight of the car.

What You Need to Expect

In terms of performance, the 240 horsepower engine has the possibility of pushing the Alfa Romeo 4C to an expected 258 kilometers per hour. Also, it was said that the car can accelerate from 0 to 100 kilometers per hour in less than five seconds. The extra sporty set up on the suspension also ensures that the car is going to be a GT car with superb handling. Considering the power of the engine, it provides one of the best ratios between horsepower and weight.

Having 0.33 horsepower per kilogram, it is a vehicle meant to compete with other GT car models. In terms of the racing future of the Alfa Romeo 4C, it is not far from happening that it will compete in races.

For those who are afraid that they won’t be able to have their own Alfa Romeo 4c, the production is set to start by May 2013 in Maserati’s plant. However, since this is a comeback for the Alfa Romeo in the US market, expect only a few ones making it in Europe. According to the company, they plan to provide only 400 in Europe, 500 to the US, and 100 for the rest of the world.

There are reports, however, that the mass production of the Alfa Romeo is headed towards a projection of 2500 units per year if everything works according to plan.

There are a lot of GT cars that will be priced at $100,000 and up. The Alfa Romeo is a well-established company that provided some of the best GT cars in history. With the price of the Alfa Romeo 4c considering the scarce number of the GT car, it is a good idea to buy one for yourself the soonest time possible.