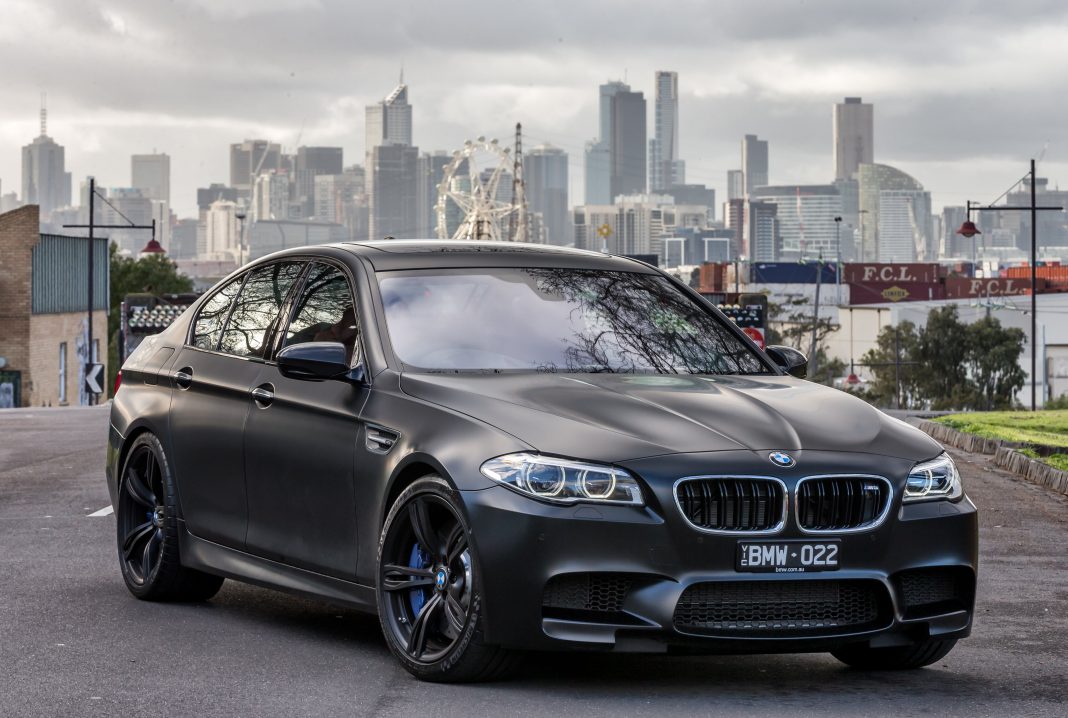 When you hear the word NightHawk, it wouldn’t cross your mind that it is a name for a BMW. The BMW M5 is already known for its performance and classy presence. Now, behold the limited edition BMW M5 Nighthawk. The BMW M5 Nighthawk is a product of BMW’s pursuit of the ultimate driving experience for its users. Unfortunately, the BMW M5 Nighthawk will only be present in Japan. With a 575 horsepower generated by a 4.4 liter V8 twin power turbo engine, expect the car to dash from 0-100 kilometers per hour in just 4.2 seconds.

Though the regular M5 is short by 0.1 seconds, it all makes a big difference in terms of the power that this car possesses in contrast to the other cars.  The twin-turbo engine, for instance, is already an additional 15 horsepower to the average car.

What the BMW M5 Nighthawk provided is a different look for the M-Series BMWs. Over the years, the BMW M-Series cars were already classy, precision machines that translated to the way they look from the outside. The BMW M5 Nighthawk comes with a frozen black matte paint that reduces the gloss. The car’s doors, handles, and other details were all detailed by a dark chrome treatment.

The car is expected to be driven with precision. In fact, one of the features of the limited edition BMW M5 Nighthawk is the fact that it has M carbon-ceramic brakes fitted for the competition package. Among the things that drivers can expect from the competition, packages include specialized suspension, steering settings, and other additions that can make an M5 owner trade their M5 for a Nighthawk.

In terms of handling, the 7-speed sequential gearbox will explain everything. It ensures a quality driving experience for anyone who drives the BMW M5 Nighthawk.

The interior of the car is a treat on its own. When you have a limited edition BMW, you will need to give it a boost. The M5 Nighthawk is equipped with sakiru orange leather for the seats, panel, console, and ultimately the whole inside. Dabbing the orange contrast on the slick black appearance of the BMW M5 is something worth trying.

The BMW M-Series is a treat on its own. The M-5 had a long history. In fact, it was present since the 1980s. It is simply one of the better cars produced by the German automotive firm. With cars like Jaguar XFR-S, the line of Mercedes cars, there is a pressure on how BMW would react. Though M5 nighthawk is not what the company is going to release to compete against their competition, it is the company’s method of flexing some muscles in order to get the attention of new markets.