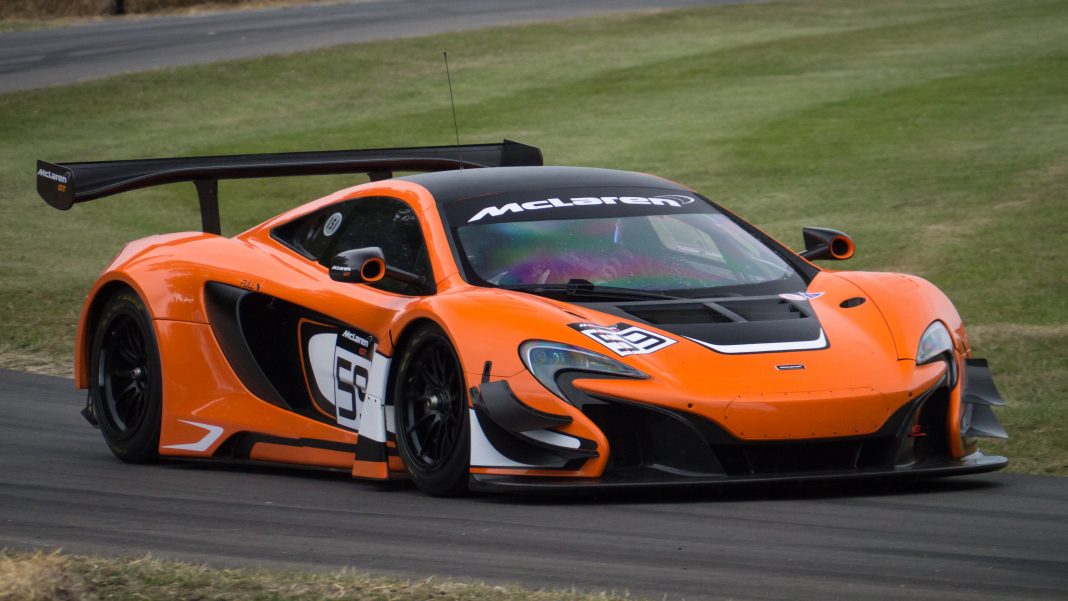 It seems that all race car manufacturers are also part of a race since they have released new race cars one after another. The new addition to the race cars available to the public is the McLaren 650S GT3 which was revealed to the public during last week’s Goodwood Festival of Speed.

It is based on the latest 650S supercar from the same British manufacturer and is following the popularity of the McLaren MP4-12C GT3 which was released three seasons ago.

Read more whether the McLaren 650S GT3 will not disappoint the amazing recognition earned by its predecessors: three championship titles, 51 race victories, and 71 other podiums. Will the new McLaren 650S GT3 top its predecessors when it comes to performance and continues the reputation of the brand as the lead in both Blancpain Endurance Series and GT Asia Championship?

The McLaren 650S GT3 boasts of an aggressive front splitter and huge air intakes which gives it a menacing look that is fitting for a brand that currently tops two highly competitive races.

According to the engineers of this British manufacturer, they have also used the latest Computational Fluid Dynamics (CFD) technology just like what was used in the recently launched 650S road car to give the McLaren 650S GT3 lightweight carbon-fiber bodywork which will result in better cooling, enhanced aerodynamics, and lighter weight compared to other sports car. The McLaren 650S GT3 also had a fixed carbon fiber rear wing that effectively helps better management of airflow across, through and beneath the sports car.

Beneath the carbon-fiber bodywork is revised suspension geometry to make it more appropriate for endurance racing as well as a 52 mm wider track and updated set-up for efficient performance.

With the equipped front suspension, larger diameter tires are allowed to be fitted in this sports car. New forged aluminum wheels with a diameter of 18 inches are fitted to the McLaren 650S GT3 which are held in place by a single wheel retaining nut on motorsport axles.

The McLaren 650S GT3 is also equipped with the award-winning 3.8 liter twin-turbocharged V-8 that is usually fitted to all cars from the British manufacturer. But aside from this, it is also coupled to an all-new six-speed sequential motorsport transmission to make the power reach about 500 hp, which is the same as the 12C GT3, by controlling the wheel-mounted paddle shifters.

Following the feedbacks of the customers regarding the cockpit of the 12C GT3, the developers of the McLaren 650S GT3 created a better cockpit for the driver.

It boasts of a fully FIA-approved McLaren GT-developed race seat that has a six-point race harness following the standards given by the FIA. It also has more space for the leg and headroom to further improve the degree of the driver’s comfort. Aside from all of these, it also has a new pedal box and ventilation is further improved.

McLaren 650S GT3 surely does not disappoint the fans of the brand and customers will surely see that the price of $562,000 plus tax of this amazing sports car is worth it in all aspects since the developers have also ensured that each part of the car was created to last a long life without spending too much maintenance costs. McLaren had shown with this new sports car that they are “still the brand to beat”.