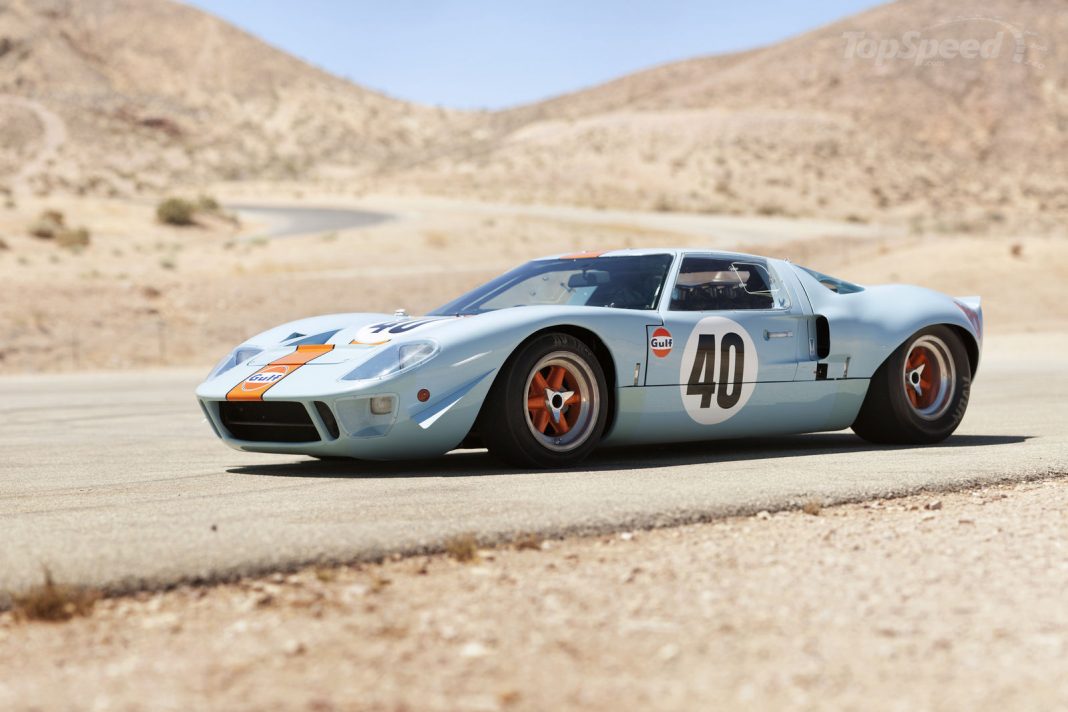 The Ford GT 40  GT car has a long history that can be traced back to 1966. This car was second in the race that was dominated by the Ford GT40s GT car. At that time the car was driven by Ken Miles who was assisted by Lloyd Ruby. The Ford GT 40 model is a high-performance British –American racing car that was designed and builds in England and the United States. The car is powered by an American engine. Originally, the car was designed as a long-distance car and was expected to win long-distance races.

It was designed to compete with Ferrari who had earlier own dominated races between 1960 to1965. In 1968 and 1969, the Chassis #P-1075 went into the history book by using the Ford engine of 4.7 liters to win the two consecutive races.

This car was called GT 40 because its overall height was 40 inches the car has a large displacement Ford V8 engine with the early versions of the car referred to as Ford GT. The GT40 title was given to this car as a way of preparing the car for endurance in international circuits. The first 12 vehicles carried the GT-101 to GT 112. Thereafter there was a production of the MKI to MKIV the vehicle numbers were GT40p/1000.

The original Ford GT40 model was originally powered by a 4.2-liter V8 engine. Other models that were produced thereafter were powered by a 4.7-liter engine which was used in the Ford Mustang. The MK II which was a 7.0-liter engine car emerged and began to dominate the 24 hours Le man’s race which took place in France. It was in 1966 that the GT 40 model took the entire of Europe by surprise and took the first 1-2-3 positions surprising Ferrari.

From 1966 up to 1999, the races were won by Ford. When Ford tried to replace the MK II 427 cl engine, with mercury 7.0 he received a thorough thrashing from Ferrari who took the first 1-2-3 positions in the championship.

The emergency of the MKII was a road start and had 4 headlamps with the rear part of the car expanded so that it could accommodate luggage. The 4.7 engine was fine-tuned to 335 bhp and the shocks were softened a little bit with the lever being moved to the center and the steering wheel is moved to the left of the car. The MKIII looked a little bit unique and this made clients rush into buying the GT40.