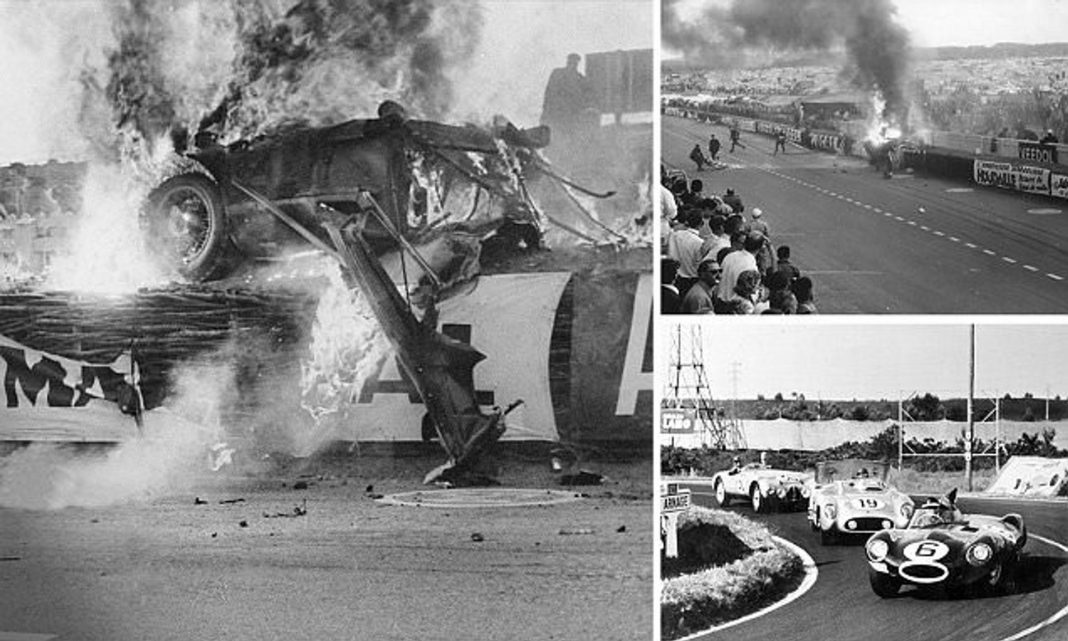 Le Mans is one of the most highly anticipated endurance races in the world. It carries the same if not worst notoriety to the 24 Hours of Daytona. Throughout its history, the Le Mans circuit becomes an attraction to 250,000 Europeans who gathered to see cars endure the grueling race.

They also gather to anticipate some of the most thrilling collisions and accidents. Le Mans is one of the toughest race tracks ever made in the history of GT car racing. Not only is this a famed race track for historic finishes but also for the worst crashes. Competing 24 hours in Le Mans requires human determination, focus, and mechanical cooperation.

Also, this is where team effort can be tested. Le Mans became notorious for breaking top-notch GT cars on the track. Here is a look at the five worst accidents that took place on the Le Mans race track.

This is one of the latest car crashes in Le Mans. In fact, not only is this a historic crash but this is also one of those acrobatic collisions where the Hybrid Toyota flew in the air. Involving a Toyota TS030 Hybrid and a Ferrari F458, Piergiuseppe Perazzini failed to take a look at his side mirrors to check the overtaking Davidson. Just split seconds after the collision, they both slammed to the safety barricade.

Marc Webber is a known F1 racer. During his days in GT car racing, Marc Webber crashed his Mercedes CLR between Indianapolis corner and Mulsane straight. This event happened during practice. Despite happening on a Thursday, the engineering team quickly shrugged off the incident and proceeded with the weekend’s race.

Do you know what happens to a high powered machine with no significant aerodynamic design? This is a perfect recipe for fatalities. Unexplainably, the 60s to the 70s never provided Le Mans some of the worst fatalities. Despite the number of drivers who proved to defy death on their crashes, John Woolfe’s 1969 crash was an exception. It will be remembered as one of the few unfortunate events in Le Mans during the 60s and 70s. This accident triggered Porsche to pull out the 917 after the crash. Unlike the crashes before 1969, the Bentleys in 1927 were repaired and brought back to race again. The 917 in 1969 caught fire during the collision damaging two other cars in the process.

4. Mike Rockenfeller on Audi R18 and Rob Kauffman on the Ferrari F458

Mike Rockenfeller is nowhere near the qualification of a pro-driver. This simply means that he has no business in Le Mans if not for the rule that accepts nonpro racers to participate. Typically, the accidents will come from these nonprofessional racers.

In the Rockenfeller and Kauffman case, it was the opposite. In fact, it was the professional driver who caused the collision. The Ferrari caught the Audi R18 and went immediately airborne after the impact. What looked like a fatal crash, Mike Rockenfeller climbed out of his car and went to safety.

Miscommunication brought a tragic end to Pierre Levegh as he crashed his Mercedes 300 SLR. Right after the crash, the Mercedes 300 SLR caught into flame and debris went flying into the crowd. The safety officials tried to extinguish the flame but it was already too late. Debris was already flying hurting a great number of people from the audience.  There were a total of 120 people injured from the audience including Pierre Levegh who died on the spot after the accident.

Until today, the 1955 crash is a reminder just how Le Mans is one of the riskiest circuits not only for drivers but also for spectators. Le Mans proved the need for car manufacturers to be critical of their safety measures. Safety designs over the years show the importance of technology in saving the lives of not only drivers but also spectators.